HOW TO WRITE A LETTER OF COMPLAINT

I get a lot of emails from listeners - many complimentary. It’s affirming to know that LIFE 100.3 is making a difference in your Christian lives. I know you may not believe me, but from time to time, I do get the odd email that is just plain mean. And one meany can make me forget about reality!

At one time I was going to save the nasty emails as a keepsake but I later thought that all those negative comments would never make me feel any better, only worse, so now I delete each one after I’ve addressed the sender.

It’s great getting feedback. THANK YOU! Even the negative emails that are constructive and worded nicely, are a blessing. Thank you.

As a self-proclaimed expert on the receiving end of complaint letters, I thought I would use my vast experience to serve those who feel compelled to write letters to their pastor, their school board, the store at the mall, a band leader, a charity to which they donate - or their favourite radio station.

Here are the official rules. ([sic]

Start your letter with an encouraging comment. The person receiving your complaint will likely not throw it directly in the trash if you start by saying something nice.

State your complaint. Explain the situation and how it makes you feel. Curb your anger - be nice.

Try to not threaten to stop your donations or say you’ll boycott the business if they don't do what you're asking. This is not nice. Just be nice.

Consider that your complaint may not be valid. I know, I know - there is no possible way this could happen but just pretend for a minute, and re-word it as if it were a slight possibility.

Try to not use the "F" word in your complaint. For some reason, it comes across a bit mean. 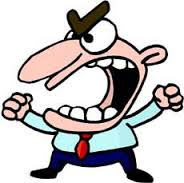 When you’re finished writing your complaint, sit on it for a few hours. I don’t mean to physically sit on it, although if I’m being honest, that’s probably where your letter belongs, but if you wait just a little while, you might find that you could have worded it, maybe....nicer?

Finally, remember to sign your name. I’m not saying that you’re a coward if you don’t. (I might be thinking it, but I’m not saying it.)  It’s just respectful to state your name, so the receiver feels as if there’s a real person behind the letter, not some angry, mean, self-medicated bully who probably yells at his/her dog when there's no more complaining to do. (I love dogs, so don't let me catch you doing that, either!) 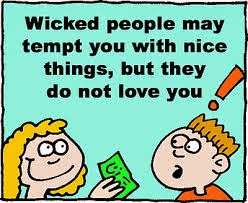 That's it. Be nice. Sign your name. It's really that easy.

I’ve had my share of complaint letters and I’ve decided that from this day forward, I will not reply if there isn’t a name at the bottom. That’s just how I’m gonna do it.

And, for my Christian friends, I'm sure you need a scripture verse to make this legit, so here you go. "Let your gentleness be evident to all." Philippians 4:5

I love you beautiful people.

(This blog was written a week ago, and revised several times, after a dozen people who are much nicer than myself offered suggestions.)

Peter Furler - the former Newsboy - the headliner at the LIFE 100.3 15th Anniversary Party!


Since the first day, it was my dream to have the Newsboys perform at a LIFE 100.3 event. Well, it never happened as I had hoped, but with the face, key writer and true personality of the Newsboys, we got more than we dreamed of.  Peter gave us hit after hit by the band we love, plus some of his solo hits, and introduced new songs from his album "Sun and Shield".

Peter played as a trio with only a bassist Dave Ghazarian from Superchick and Jeff Irizarry on drums, and no background tracks - it was all live. Man what a great night! Judging by the reaction of the sold out crowd, our choice of performers was perfect.


Chris Bray opened the evening with a selection of his best radio songs, opening with "More Each Day" - my favourite!  Chris has become a good friend of LIFE 100.3.

In the middle, the LIFE 100.3 on-air people gave mini-speeches of memories and introduced our video department with a cluster of LIFE-designed video trailers! 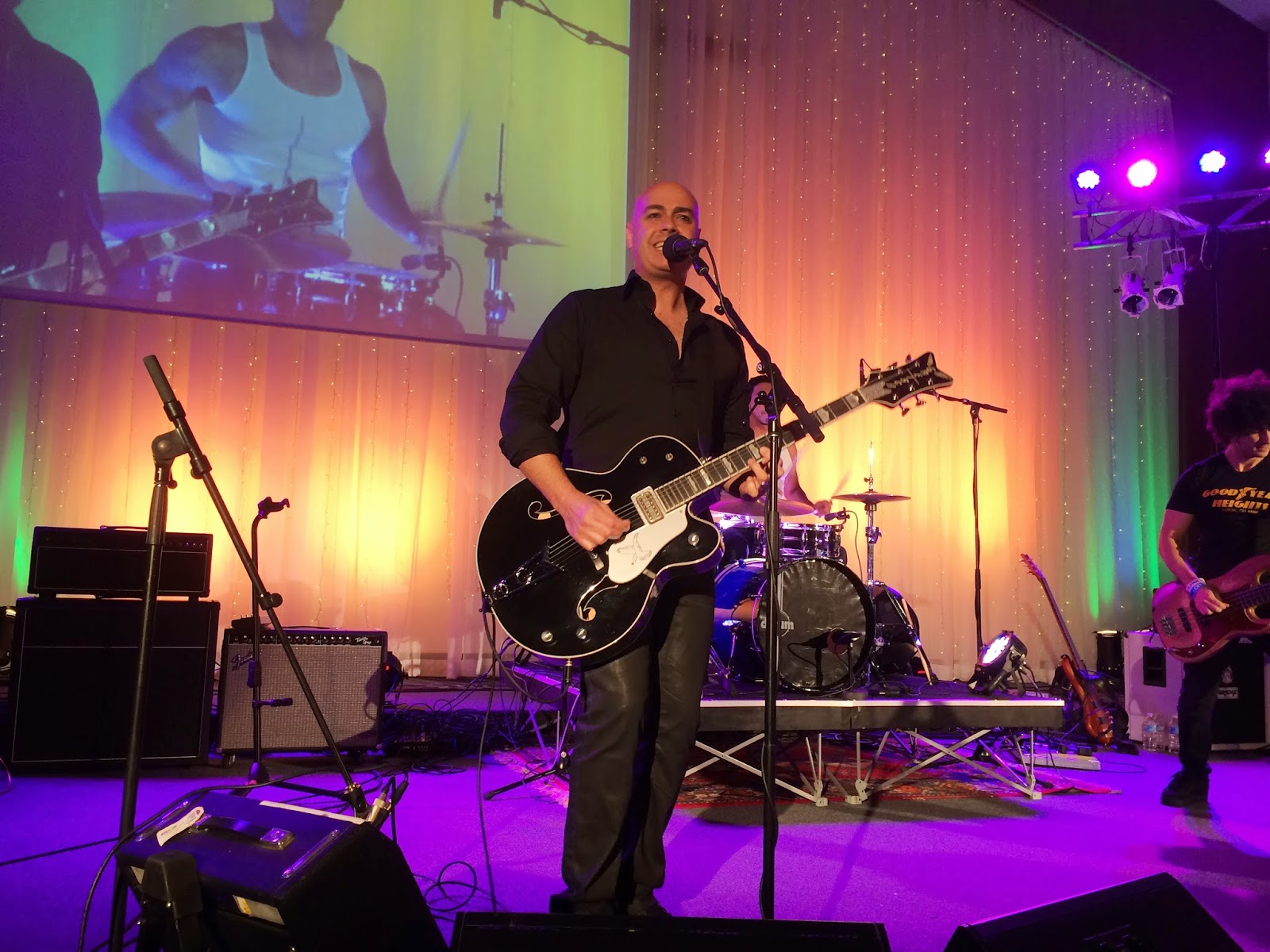 Thanks for being such a great audience and encouraging me and the staff.  Here's to the next 15!

So much to reflect on as we get closer to our big 15th anniversary party. 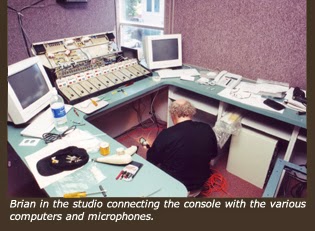 Well, I worked at WAY-FM in Nashville and I wanted something like "way" - as in "He is the way, the truth and the life". And I didn’t like "Truth" for a name - it sounded cheesy to me. So, that left "life".

I was in church one day, and the verse the pastor was preaching on was 1 Peter 1:3 - "he has given us everything we need for life" - and it was like a confirmation!  I got excited!  I sat in the pew thinking, "yes that's it!"

As I thought about "life" as the name for the radio station, all these spin-off ideas came to mind - like "the word of life" when we announce a scripture verse, and "the LIFE-lines" instead of "the request lines".

I still have a list of spin-off ideas from "life" that I have yet to use.

Before we went on the air on August 15, 1999, we were trying to keep the name "LIFE 100.3" a secret. I had decided on the name a year before, but only four people knew it - me, my wife, my daughter and son. They were sworn to secrecy. Oh, and the graphics guy.

About four months before sign-on, I asked Ron Hooft, our graphics guy, to design me a logo. He came up with a dozen variations of the LIFE 100.3 logo, and the one you know today is the one I chose. I liked the red "dot", since I had already decided that we would say "dot" instead of "point". And I liked the "live it" slogan, which wasn’t part of the concept - Ron added it, and I liked it. 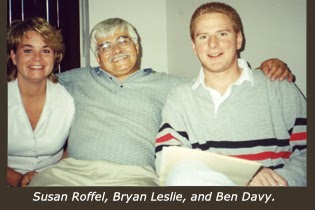 About two months before sign-on, I brought all the announcers together and announced the name. They knew the were in on a very big secret and you could have cut the excitement in the room with a knife.

Another radio friend told me about the smart way to launch a new radio station and that was to have the DJs do practice shows. Well, our studio was still being built a month before we signed on the air, so we couldn’t practice in the studio.

So, we practised in my parents basement, where I was living at the time. I didn’t want the DJs to sound like rookies, (which they were), so we spent a lot of time going over - everything. I remember our first Breakfast Club team - Ben and Susan - practising introducing songs as I played them off my cassette player, rewinding the songs over and over - "do it again!"  They were reading weather and introing traffic and saying "LIFE 100.3" over and over.

"I need more smile when you talk" I would tell them. "Ok, that’s good but get excited when you introduce the song!"

Those weekend practices in the basement of my parents house, helped smooth off the edges.  Ahhhh...the early days! Unforgetable.
Posted by Scott Jackson at 6:37 AM No comments:

It was one of our first gigs and, as I recall, one of the worst. In fact, probably "the worst".

The promoter cannot be blamed for any of the worst moments, or the audience, or the venue. Most of the issues were all our own doing, well, almost all of them.

The show was last April in North Gower, just outside of Ottawa. My friend Aaron was the promoter and youth pastor. I saw his posting about Havenstance performing and I begged him to let AFT open the show, for which he graciously obliged.

It was decided that we would arrive early, meet Shawn and run through the show in super-sonic speed. (Little did we know, this would not be the first time this would happen!)
﻿

During our five hour journey, we stopped in Belleville for a radio interview at UCB and an Arby's party. (Two of us LOVE Arby's!)

Then, we arrived at the venue. As the opening act, we are the guests of the headliner, which means they control the show, the sound and how everything will play out.

Well, Havenstance was two hours late which put everything behind. Our soundcheck was about 10 minutes but given our experience level, we could have used three hours.

Meanwhile, in the dressing room, Sunshine was listening to AFT songs on his iPod and getting briefed on the setlist by Pip Lucas. Sunshine kept his cool and willingly took direction. That was a blessing.

The show started. The intro theme "20th Century Fox" played and one by one the boys left the dressing room for the stage. Davey, Robbert....Pip goes last, so we waited for GI. "I can't! I'm gonna be sick!"  I said, "No you're not! Get on stage."  Pip ran out - without GI.

As the second chorus of "Louder" played, GI appeared in the dressing room, looking pale as a ghost. "I threw up..." he said.  I asked if he could do the show. He nodded yes.

As "Louder" ended, GI ran out on stage as if nothing happened and rocked the stage for the next 20 minutes! Looking at the photos, you would never know what had happened.

Sunshine kept the beat as best as he could but the sound mix on the stage wasn't good. It was hard for the boys to hear each other and having never played with AFT, Sunshine's nervousness was a bit visible.

Our sound guy, Cas van der Grift was mixing on the Havenstance soundboard which he was unfamiliar with. It added to the issues.

The last song couldn't come too soon.  It was "Salt And Light" - a truly horrible performance and we dropped the song from the set.

After the Havenstance set, we all met in the lobby meeting with fans and selling merch. Things calmed down. Aaron, the promoter, was very kind and encouraged us greatly.
﻿

After the show we headed into Ottawa to ride in an elevator in which we nearly died. More in the next blog.


Posted by Scott Jackson at 4:57 PM No comments: