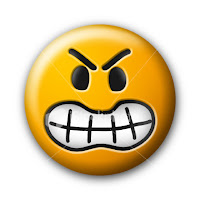 I find that odd because everyone's profile is visible. We know who they are and quite likely those people are my real life friends. They wouldn't speak unkindly to my face but on Facebook, people post as if they are anonymous. They think their opinion is categorically the only way. That's my interpretation.

In the last two years, people have become offended ... at everything.

They don't like hearing an opinion that differs from their's and so they post their opinion, as if they are trying to win an argument. I'll admit, on some topics, they might be correct - but their choice of wording actually makes them arrogant.

The arrogance on Facebook bothers me, alot. Why? Because I don't think it's a becoming quality of Jesus followers.  My respect for those friends has dropped and now, I actually find them unlikable. The arrogant people don't know they're arrogant and they sure don't want to be corrected.

I have two suggestions. And, hopefully, I'm not being arrogant! Haha!

I love and believe very much that we need to cling to the Bible verse in Philippians 4:5 - "Let your gentleness be evident to all." It's a simple line and each word carries weight.
My second suggestion comes from a radio DJ friend who doesn't claim to be a Christian but his words are just as clear. Years ago, Tarzan Dan and I were talking about our careers, which had both stalled at the time. And he said to me, "be nice. Just be nice to everyone."

Tarzan Dan's quote doesn't need an explanation. If we were all nice to each other on Facebook, our newsfeeds would be a bit brighter. Facebook wouldn't be a warzone between friends. Maybe, people would get along. 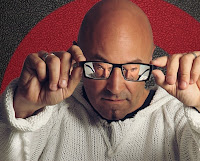 Me, I have one criteria I try to remember before I post something publicly. I ask myself, what will my family think, and what would (name of respected friend) think when they see my post? Will they roll their eyes and I'll lose their respect or will they applaud me?

The next time you respond to a post, wait. Just a few seconds and ask yourself - am I being nice?  Am I gentle? Or, am I an arrogant jerk.

Posted by Scott Jackson at 6:52 AM No comments: