The renovations at LIFE 100.3 continue, and today, big stuff is going on!  The office transfers are a bit like dominoes - we can't move one without the other, while we wait for paint to dry and flooring to be laid down.

Hopefully in a couple of weeks we'll be settled and ready for company!
Posted by Scott Jackson at 9:50 AM No comments:

IT COULD HAVE GONE VERY, VERY WRONG - BUT IT DIDN'T

The boys (Anthem For Today) and myself anxiously had been looking forward to May 17. It was the date for our show at "Overflow" - a youth convention in Waterloo, gathering 3,000 teens together for a weekend of activity.  AFT was playing outdoor on the Stringnoize sidestage.

﻿ We were happy to be included and I can't overstate just how much. Other bands we love have played at Overflow. It is a extremely well organized event. I had been trying for 16 months to get us on the 2014 agenda and when the invitation came, I think I peed myself!

The invitation was not only exciting but honouring. The proposed payment was much more than I expected for our short 25-minute set. Lunch was included, event passes included, full sound production, an opportunity to sell our merch (t-shirts, CDs, posters) but unlike some secular conventions, the promoter did not take any commission on sales. Nice!  This is truly the pinnacle in the career of AFT.

We did a show in Bowmanville the day before, followed by a band and crew BBQ, ending early so we could all get a good night's sleep, before waking up at 5:50am to drive to Waterloo.

I set two alarm clocks just to be sure I didn't sleep in.

Maybe it was the excitement but I woke up at 5:15am. At 5:45 I got up and shut off my dresser alarm clock only to find that the alarm was not set!  The time was set, but not activated!  Holy crap!  Good thing I set my phone alarm! Then, as I shut it off, IT TOO was not "on" and only set to the alarm time! I have not done that in...I don't know how long!  But, TWO alarms misfiring?!

God woke me up.  We hit the road with time to spare.

Upon getting to the venue, the FOH (sound guy) who was provided by the promoter was not the sound guy we expected.  The sound guy understands the musicians and potential errors.  Panic set in. Our biggest show ever and the sound guy was not the right guy. For a moment, the wind blew out of my sails and I thought our long-awaited show would be a bust.

Travelling with us was Evan Duran, who has been quite involved with AFT, doing videos, lighting and some audio. He offered to be our last minute soundman.

"Man, throwing Evan into this at the last minute, at our pinnacle show - is that wise?"  I made the change.  Evan was totally on the ball, trouble-shooting, suggesting, helping, lifting - he was a life-saver. I'm not even sure the musicians were (or are) fully aware of the situation.

Adding to the errors that were avoided nearly took place at our merch booth.

We were loaned lights by Chris Bray for our merch booth. I probably shouldn't mention this - Chris will want his lights back!  We were about to clamp the new lights on the top truss of our merch booth, but I said, "meh, we're outside in the sun, we don't need the lights".  Thirty minutes later, the wind picked up the banner backdrop and blew it over to the ground. Fortunately nothing broke, but had the lights been on the truss, they would have smashed to bits.

The biggest show - 2 alarms, soundman changes and a lighting system. I can't deny that God took us through three potential disasters and gave us a fabulous day!


Posted by Scott Jackson at 6:56 AM No comments:

I went to the Steven Curtis Chapman concert in Toronto this weekend - Geoff Moore was the special guest.  Geoff Moore, if you didn't know, was the first artist in Christian music that I heard. From Geoff, I went deeper. So, you could say that Geoff Moore was a catalyst to LIFE 100.3. 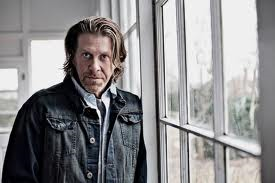 Anyway, at the show, Geoff was preaching and he said "we get up in the morning and follow our saviour."  And it is on that thought that I am pondering.

Geoff always makes me feel like there is a bigger Christian life than the one I know. I want the life he projects, realizing that he may not be there himself, but that’s ok.

He speaks about adopting children from China at a time in his life when he didn’t want to but in doing it he found the bigger blessing by following God’s will.  That would mean he is 1) wanting to listen to God's nudge, and 2) following through.

Every time I hear Geoff speak, he makes me want to "live it" -  faithfully, daily, hourly.

Being a Christian isn’t about doing stuff to make God love me - it’s about the doing right stuff so that my friends are witnesses to the integrity of my faith. And, in doing that, I will have a more enjoyable life.

There are a few people in my life who lead the authentic Christian life so wonderfully that I want to be like them.

Geoff is inspiring. He confidently exudes good character from the stage, and every time I hear him speak, he makes me want "to do it."  Not being edgy - just real.
Posted by Scott Jackson at 3:58 PM No comments:

The band I manage is ANTHEM FOR TODAY.  This is our new music video for the new single release "A Little Louder."

Posted by Scott Jackson at 8:34 PM No comments:

DO WHAT YOU SAY YOU'RE GOING TO DO

Maybe it was instilled in me by my parents so I might as well give them the credit.  It's about "Doing what you say you're going to do".

It sounds simple. It sounds obvious. In my people-circle, it's a concept not taken seriously. 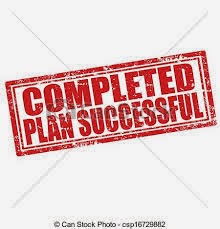 If I say I'm going to meet you at 3 o'clock, I'm going to be there at 3, and probably a bit early, just in case there's a traffic issue, I don't want to keep you waiting.

To be there at 3, I have probably made some modifications to my day. Like, maybe re-arranging a meeting, or making a special trip to pick up something. Maybe the person I'm having lunch with was late, making our entire lunch date run overtime, so I have to watch my time to keep my schedule so I'm not late for you.

But this "do what  you say you're going to do" isn't just about being on time to an appointment. It's about everything.  Say, I'm buying a item for dinner you asked for but I forget - now you're without your dinner.

So the spin-off effect of NOT "doing what you say you're going to do", messes up someone else's plans.

For me, NOT doing what you said you would do, is disrespectful of me because not only do you leave me stuck, but you make me feeling like I'm unimportant to you.

Is it really that hard to do what  you say you're going to do?