Some of you may know that my first on-air, full-time radio job was at CKLC in Kingston. It was 1978. I was fresh out of college and lucky to start my career at an established station, with a bunch of other guys my age, similar personalities with a couple of bosses who taught us to love radio as much as them.

After the first few years, I was restless and bored, playing the same Canadian songs every night. (The programming department stacked the Cancon in the late hours to make the quota and keep the CRTC happy.) 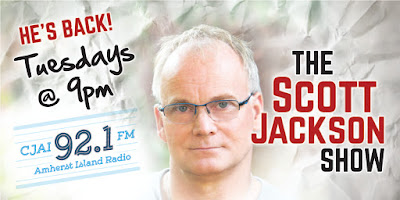 In 1983-85, I was being influenced by a couple of other radio guys - Howard Stern whom I could hear thru AM static from New York City on WNBC and Rob Christie at 630 CHED in Edmonton, whom I enjoyed via cassette tape, recorded in Edmonton by a friend. The other influence was David Letterman, still new on NBC late night, full of sarcasm and originality.

My personality morphed into a combination of the three entertaining guys with a sprinkling of memories from 1050 CHUM's Scott Carpenter as I recalled from my teen years. 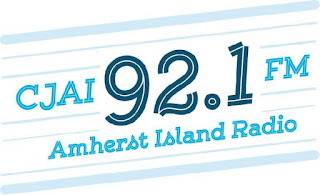 The "Scott Jackson Zoo" or "Sanitarium" was birthed from 10pm-1am. The record count per hour dropped as the phone calls and listener interaction increased. There were regular listeners who called in a character and silly recurring features that often got me in trouble with the boss.

After my show at 1am, I would begin producing bits for the next show. It got crazier and sillier and with some foresight, I kept tapes of the shows - "just in case".

Well, "just in case" has come to fruition. I have recently volunteered to provide a one-hour radio show to CJAI - a public radio station on Amherst Island, just outside of Kingston.  The playlist consists of songs from my CKLC era - Poison, Duran Duran, Supertramp, and a few others. Each show has an original CKLC bit from those days 30 years ago, except now I can't get in trouble! If you ever called CKLC and were on my show, you might hear yourself on the new show on CJAI! Just warning you!

Tune in Tuesdays at 9pm. It's an unleased hour. Who would have thought?!

Posted by Scott Jackson at 8:26 AM No comments: