THE MAKING OF AN AIR RAID 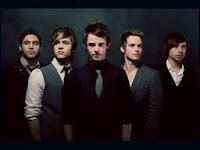 We're only days away from Air Raid 21. (Abandon, Anthem Lights, Finding Favor and Unlikely Heroes. You can probably recite the commercial by now.)

Did you know, the first Air Raid, wasn't called Air Raid 1?  Nope. Believe it or not, it was called "Youth Concert". Wow! Isn't that clever!? Haha! It was at Bethel Community Church in Barrie. As I recall we had over 250 people attend, which ain't bad for no radio promotion! The idea of Air Raid 1 was to raise money for the future LIFE 100.3. Little did I know that concerts are not a money-maker. Actually, they're a money-drainer! But, they're fun! 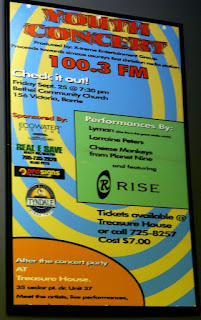 (From this point on, we'll call it Air Raid 1 just for clarity.)

At Air Raid 1, the Cheese Monkeys From Planet Nine opened the show. Bassist Daniel Biro is now the bass player with Hawk Nelson and drummer Marcel Preston is now the mastermind behind Sky Terminal. The rest of the show was booked and organized by a friend so the bands were unfamiliar to me. (Lyman, Lorraine Peters and Rise.)

It was at that show when I first caught the "worldly versus Christian vibe". Ya. Several teens were moshing and crowd surfing. Apparently that is worldly. I let it go while a few parents and pastors grumbled in the back row. As I look back on the photos, man....it was fun!

Air Raid 2 and 3 were also pre-LIFE events where I soon learned they were great promotional tools, but not money-makers. (I think we've made money on 5 Air Raids?!) AS we've evolved, we've tried to make the shows like an event, not just another concert. At each show, we bring out a bag of tricks - lazers, balloon, batlights, free food, QR contests - plus a healthy production of lights, sound and video.

Now, here we are ready for Air Raid 21! Get your tickets here!  We're back at Mapleview Church in Barrie - a great venue for shows!
Posted by Scott Jackson at 2:03 PM No comments: 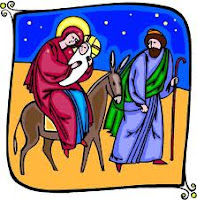 Every year, someone says, "only a month until Christmas" and a bunch of people start groaning. Why is that?

From a Christian standpoint, Christmas represents the birth of Christ, so as a Christian, we should be thinking, "what an awesome time of year."

Christmas dinner is usually a big turkey, and a huge buffet of food that takes days to plan and prepare and we gobble it down, only to put on a few extra pounds over the holidays. But we don't mind because - well, it's Christmas! And if you have in-laws, there's often more than one Christmas dinner.

Christmas is about family members traveling a long distance to see each other after many months apart. Christmas is a time to give a gift to your friend - a gift you know they'll absolutely love and you'll make them smile.

Ok ok.  You don't like the commercialization of Christmas.  The same thing happens at Hallowe'en but nobody says, "Arrrg - all the candy and witches!"  I've never heard someone say that. How about July 1? Talk about commercialization!  There's lots of marketing for Canada Day - red and white "everything". Plus, parades and fireworks! People's faces painted in red maple leafs. Huge newspaper ads. Politicians all proclaiming national unity. Nobody complains about Canada Day.

When I hear someone say "humbug" it makes me wonder why they oppose all of those wonderful things. What a miserable attitude. Please, go away.


Posted by Scott Jackson at 4:28 PM No comments:

This message was originally sent to people working in Christian radio.  I wrote it in the aftermath of one of our friends in Christian radio who had his broadcast license revoked by the CRTC because he failed to obey the broadcast act. Here's the edited version.

I’m aware that many Managers and Program Directors have never read the Broadcast Act. If that’s you, I’d encourage you to read it, soon. How can you uphold your license if you don’t know what’s expected? I read ours every year to stay fresh.

If you’re a manager, or PD, do you know your’s?

Once a year, I read our Condition of License for LIFE 100.3. And I ask my PD to read it, too. If you don’t know what the C.O.L.is, it’s the last thing on your CRTC Decision notice. These are the things you absolutely must adhere to, in addition to the basic Broadcast Act. It is a condition of having a broadcast license.

We are called to be above approach. If we try to weasel around any of the regulations, that’s being a sneak and we don’t honour the Lord. Do what’s right, always.

I’m told I have a reputation of being the Simon Cowell of Christian radio. Haha. Simon only says what everyone is thinking, right? “If you can’t sing get off the stage!” Likewise, if you don’t know the CRTC rules for radio, I say, you don’t deserve to have a license. Like it or not, that’s how it works. There are too many sneaky people, dodging the rules, getting spanked and bringing shame to the rest of the licensees.

It’s kinda like this. If you play hockey, you gotta listen to your coach and if you don’t you’re kicked off the team. Same deal in radio. Learn the rules, follow them to the tee and let your light shine before the Commission. (Gosh that sounded religious - I’m sorry.)

Got it? Good. Now let the dart-throwing begin.
Posted by Scott Jackson at 6:29 AM 2 comments:

YIKES! IT'S THE DENTIST!

Posted by Scott Jackson at 10:32 PM No comments:

OH MY! THESE ARE SO FUNNY! 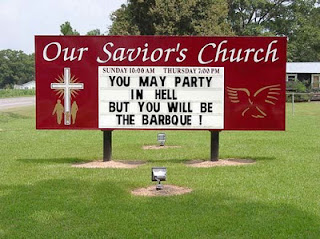 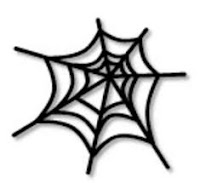 Jesus.  He’s our Lord. We love him, we follow him, but sometimes our super-busy lives are like a tangled web. Long days on the job, relationship troubles, bills to pay, waking up early and never getting enough rest. It leaves us stressed and maybe, sometimes at the end of our faith.

When your heart waivers, ask God to keep you steady. When fear takes over, remember God is the master-planner and can unweave your tangled web.

Let your heart flourish. God is still on the throne.
Posted by Scott Jackson at 8:18 PM No comments:

I love Christian music. I love it because I like to sing along to songs on the radio. People tell me NOT to sing, but I don't mind. Haha.

But if Christian music sounds like secular music, what's wrong with that? As Christians we want to be relevant so why not use a music style that's relevant?  If Christian artists have a sound like a mainstream artist, that's great.

Other people say the opposite. I hear "Christian music doesn't sound like mainstream music" - and that's also true. No artist, that I'm aware of sounds, like The Newboys. And nobody in mainstream sounds like Chris Tomlin. So there we are the two biggest selling artists in Christian music, loved and adored, and there is no mainstream counterpart. I guess that makes them "original".

Hmmm.  There's critics on both sides.

As long as I'm still singing along with Christian music (and nobody stops me!) I think it's all good, regardless of style.
Posted by Scott Jackson at 9:55 AM No comments:

FALL COLOURS FROM THE BIKE