Some people think that once you tour a radio station and see the guy behind the microphone, the magic of radio is lost. It’s like seeing the "man behind the curtain" in the Wizard of Oz. For me, exactly the opposite happened.

I don’t know which radio station I toured first...I’ve been to quite a few. (under-exaggeration) But, I remember visiting my radio hero in the mid-70's at 1050 CHUM. From the studio side I saw the producer line up each music cartridge and commercial from the library and position the order, and I watched my radio hero Scott Carpenter cuing the producer, introducing the songs and talking phone calls - the magic was all new. There was an art to it. Maybe a bit of science and math, too. I remember my heart pumping like crazy at the electricity in the air.

The behind the scenes magic made listening to every radio station exciting because I had a glimpse of how it was coming together.

I remember listening to CHUM and it seemed like after many of the newscasts, the first song was "Lady Marmalade" by Labelle. "That’s weird," I thought. There must be a routine to this, as I noticed other songs came up regularly after the DJ read the weather. Hmmm. "This isn’t ramdom". Pretty smart for a 15 year old, huh?!

When I got into radio as a job, (I say this very excitedly) I got to be the guy making the magic!

Then, I saw something else. There was more than the DJ working to put the show together - there was an entire staff! Each person has a unique task that added to the overall magic.

And most of those positions exist to this very day at LIFE 100.3.﻿﻿

The Music Director holds a meeting to listen to a stack of new releases and then chooses what songs to play and adds them to the playlist. More so, there are music categories - a dozen of them - representing new and old, Canadian and international, fast and slow, loud and soft, etc. All of the categories are strategically placed so the songs flow in some kind of pattern, and to avoid too many slow songs in a row, and to make sure that the biggest songs of the week get sufficient air-time.

A Traffic Manager (scheduler) schedules all of the commercials in accordance with the campaign the client asks for.

A sales person sells the airtime for that commercial to a client.

A bookkeeper collects the money.

A scriptwriter writes the script for the commercial.

A producer records a DJ reading the commercial script and mixes the DJ with sound effects and music to make the final commercial.

And after all of that, there are other departments, each with a role. Programming, promotions, news, administrative, web development, video production and Street Team. I’ll share more about the magic that comes from these other behind the scenes troopers in another blog.

Right now, I need to get to the office because there is probably something on my desk you may never know about, that is needing my attention!

Two problems, simultaneously, are being rectified.
﻿ For 10 years I've been choking on food, and over the last year, I gag at every meal. Even a mushy tuna sandwich was getting stuck. I joked, "I eat slowly because I have a small esophagus!"  It turns out to be true.

For the last few months, I would have to concentrate while swallowing, and if I was in a restaurant, there was a 100% chance I'd be heaving up in the bathroom. Countless times, I've closed my office door to give myself the hymlick, only to return with swollen eyes and a red face.
﻿﻿﻿﻿﻿﻿A month ago I went to hospital and got my throat stretched and - ta da -  I haven't choked once. Today was the follow-up consult and all is well. The doctor said, "It's a very rare case. Why didn't you look into this years ago?" Exactly.
﻿ Ok, on to my teeth!  My back molars are wrecked on both sides. Well, not any more - they were pulled. (I know, I know, I'm turning into my Dad.)  This week I got two implants and after the bone heals, I'll get a bridge on the bottom left. I considered not getting the bridge work, but a friend said to me, "how many times do you eat every day?"  That was convincing. And other friends who have implants say it was the best thing they ever did.

Stuff is turning around. I guess it would be asking too much to have the nerve damage in my left arm repaired so my arms match?

Posted by Scott Jackson at 4:55 PM No comments:

Ok, ok, maybe they're not hobbies. The first one is my full-time job at LIFE 100.3 and it's a job I love. I work on LIFE at work, and at home, and in the car and sometimes on my bike. I guess I don't ever turn it off because, most of the time, it's not hard work.

It was the idea of being an on-air personality and playing everyone's favourite songs on the radio that attracted me to it. Then, I discovered that if I wanted to make things better, I needed to be "the boss", so I pursued that position, and it's true - when you're the boss, you have the power to make things happen.

Because I love my job and the wheels are always turning, I don't know where to draw the line between my job and my hobby - and I don't care.  Most days, it's a joy. And, now as a Christian, I get to use my experience and my faith to lead a radio station that has affected peoples' lives.

My other hobby, or job - or whatever it is - is being the band manager for Anthem For Today. 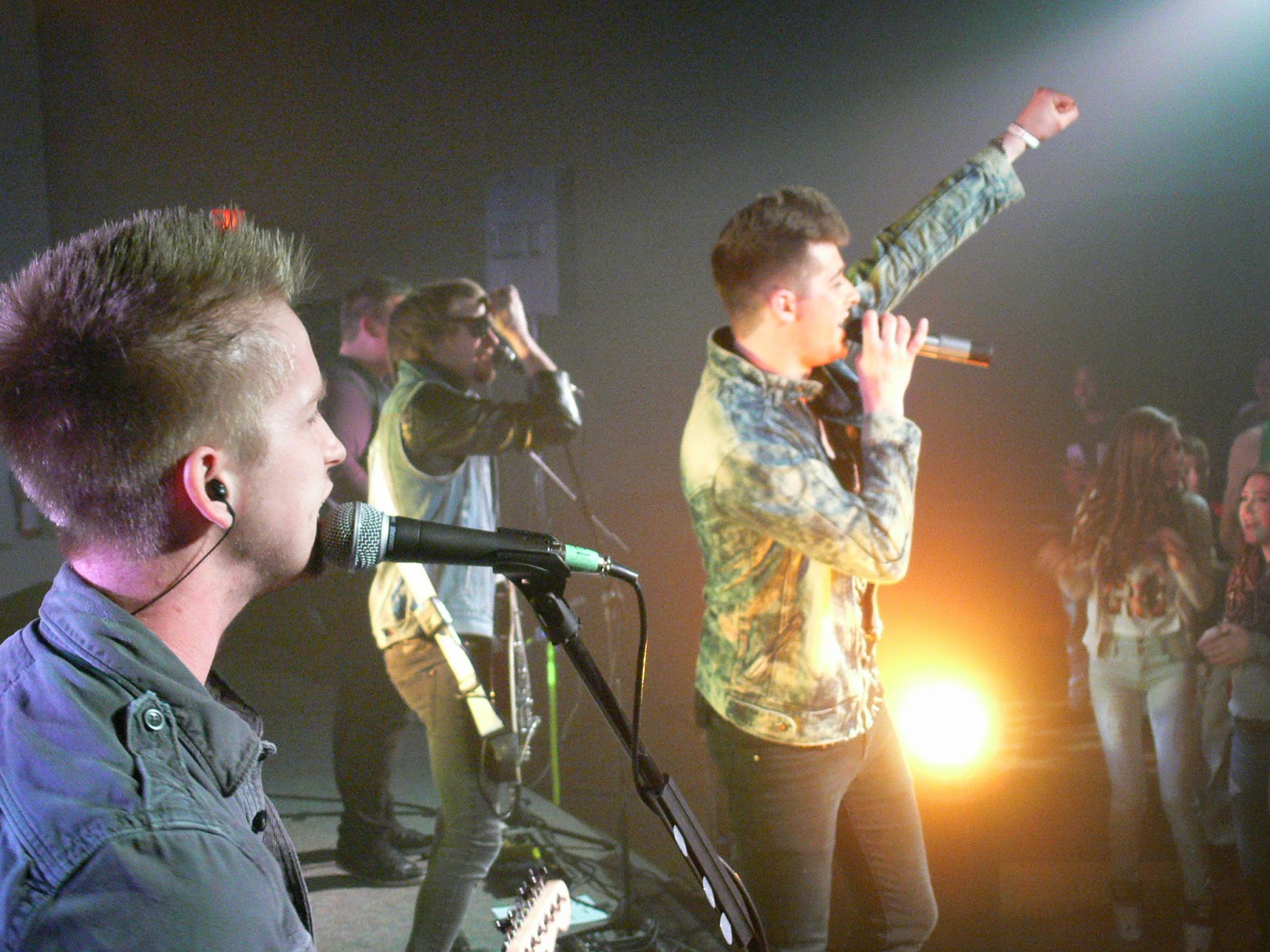 While in my 20's, I managed three other bands, non-recording acts, operating at a local level, mostly playing in bars. My natural sense of organization led me to the manager's role, and after three bands, I decided that I was not fully equipped to take them to greater success and vowed to never manage again, unless it was for my kids, and that never panned out.

Then along came Anthem For Today - five talented nice guys whom I am quite fond of. And now, in my 50's, I have the experience, resources and connections to lead a band beyond the level of the first three. AFT has won awards, had several songs played on radio coast to coast and closing in on their 100th show.

I am very blessed to have two jobs (or hobbies) that I love deeply, and where am able to use my skills sets effectively.

More so, as a Christian, it is an honour overseeing an organization that helps people grow in their faith. And not just one - but two.

Very grateful to be in these exciting positions.


Posted by Scott Jackson at 8:12 PM No comments: