A SHORT CHRISTIAN COMMENTARY ON THE PASSING OF DAVID BOWIE

I’m a David Bowie fan. I am not a super-fan but passionate enough I guess.

Classic Rock is one of my favourite music formats although I can’t claim to know it as well as my radio friend Jeff Woods. 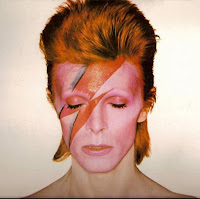 For many years "Ziggy Stardust and the Spiders From Mars" was, and still is one of my all-time favourite albums. After that I am a Bowie fan on a song-by-song basis. Most of his work after "Station To Station" was too avant garde for me and I have heard most of it. I’ve followed him in the news stories over the years and I have seen him twice in concert.

A likely question from my Christian friends is, "Wasn’t David Bowie gay, or a transsexual?" 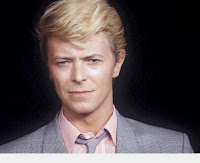 I can’t confirm if he was anything other than heterosexual. I know he was married, twice. And there are children. I am aware of his statements to Rolling Stone magazine about being bisexual.

I can’t comment on his personal life - I did not know him personally. I don’t have any right to judge his actions. Only his family and close friends have that right.

There are stories I’ve heard about Bowie that I don’t agree with but I could apply that to my friends. I don’t agree with everyone about everything they say and do but I can still appreciate their talents regardless of their religious beliefs. In other words, you don’t have to be a Christian for me to admire things you’ve done. 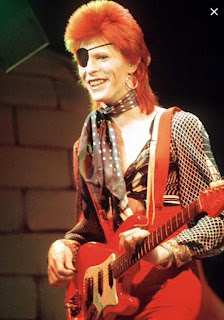 Did Bowie believe in God? To answer that would be a guess because I don’t know how he lived his nonpublic life. Based on his lyrics I would say he believed in God very much. There are many references to God in his songs. I also recall that at the 1985 "Live Aid" concert, he went down on one knee and prayed the Lord’s Prayer. I was not a Christian at the time and I was shocked that he would do that. Shocked that a great rock star had humbled himself to God before a stadium of fans and worldwide TV audience. Obviously, I have not forgotten it.

So, taking him at face value, I would say he believed in God.

But whether he did or not, and whether he was anything other than heterosexual or not, I don’t know. I am a music fan and he was a musician. His contributions and influence on other artists and their music are unquestionable.

Today, listening to "Changes," filtered through my Christian ears, has brought a few tears to my eyes.

"Turn and face the strange, Ch-ch-changes. Pretty soon now you're gonna get older. Time may change me but I can't trace time."
Posted by Scott Jackson at 10:09 AM No comments:

Boy, oh boy, there's a lot of condemnation and judging on Facebook. By Christians. You know - us guys who aren't supposed to judge people?  Of course I'm not talking about you - I'm talking about somebody else. 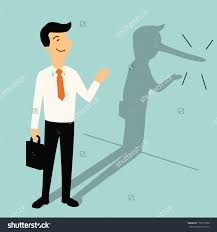 I'm embarrassed to be a Christian when people whom I respect are going on Facebook and publicly calling out the fakers - by name. Fakers are the people who don't live their lives in line with scripture OR are incorrectly interpreting what the Bible actually says. ("Interpreting" in this case means you think your interpretation is 100% correct.)

I should ask, if those people doing the "calling out" fully understand the Bible verses themselves, for sure - 100% sure. Oh, sorry. Of course they do.

I know that "calling them out" is the Biblical thing to do, but the contempt and distain in the tone of the words by the people doing the calling out, makes me sick. May I publically call you an arrogant big-mouth? May I use your name?

Listen, if we call out everyone who doesn't interpret Bible verses to mean the same thing we do, there's going to be nobody left.

Wanna know what I think?  Ok.  "But what does it matter? The important thing is that in every way, whether from false motives or true, Christ is preached." Philippians 1:18.

So what if their lives don't line up? That's between them and God. Mind your business. If they are faking it, eventually it will all unravel and you can say "I told you so".

Is the person you are calling out a lousy ambassador for Christ?  Maybe. But, aren't we all?

To me, it doesn't matter what their motives are, or if their lives are unholy. God's word is still God's word. It's about the message not the messenger. An unholy person isn't going to detrail God's word.  God can handle it.

I know people whom I don't consider to be serious followers of Jesus. I might even think they are fakers. One high profile person comes to mind, and because I know them personally, I know they don't mean what they say. But I also believe that the Philippians verse is bigger than the speaker and the message will still touch lives.

Having said all of this, you may be right. Maybe the speaker is a faker, or preaching it wrong. Maybe "calling them out" publicly is not the nicest way to do it.

You may disagree with me. And if you want to call me out for posting this, that's fine. If it makes you feel better, do it. I dare you.

That's what I think, anyway.
Posted by Scott Jackson at 12:53 PM No comments: