I'm a radio broadcaster. I'm a musician. I'm an artist manager.  Going through old photo albums I've relived some memories and I thought I would share my the best and worst, of those I can still remember, as they pertain to being a radio guy, a percussionist and an artist manager.

AS A RADIO GUY 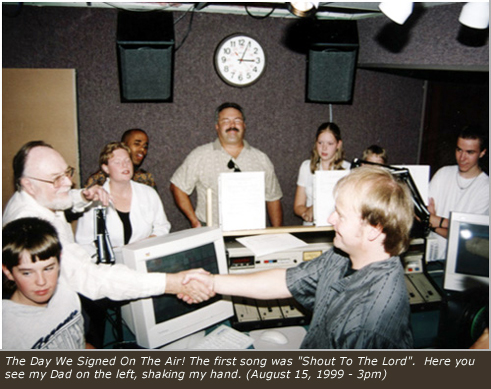 * Runner-up - there is nothing close.

BEST MOMENT -  A visit by Geoff Moore to LIFE.  While Steve Jones was the DJ, together Steve and Geoff counted down the "Top 5 Geoff  Songs" personally picked by me, for him to talk about. I sat on the floor behind the DJ - watching, listening to personal song testimony by the artist who introduced me to all of Christian music. (Geoff second left) 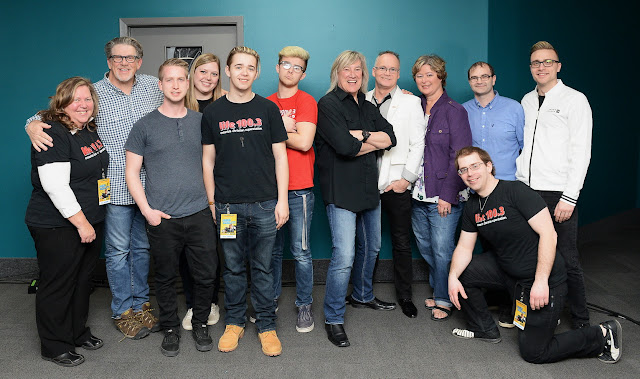 * Runner-up - LIFE Sharathon 2019 - we didn't hit the financial goals, but it was fun, organized and I felt our announcers presentation was as close to perfect as it could ever be. 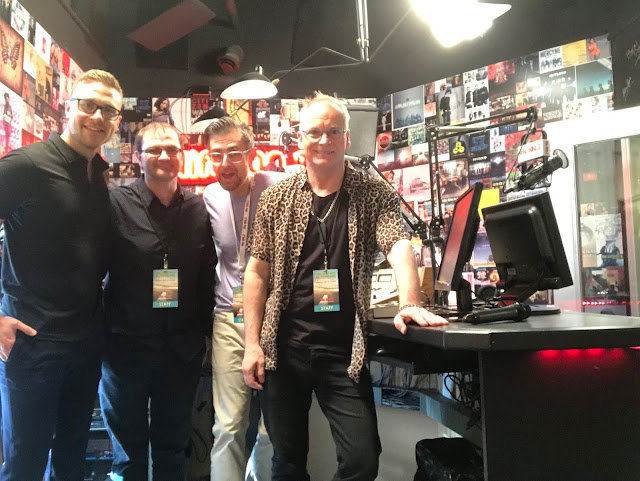 CAREER LOW POINT -  Getting fired at WAY-FM in Nashville in 1997. Losing my dream job. Leaving the house we loved and an amazing city behind, driving my family back to Canada. Photo below, moments before departure. 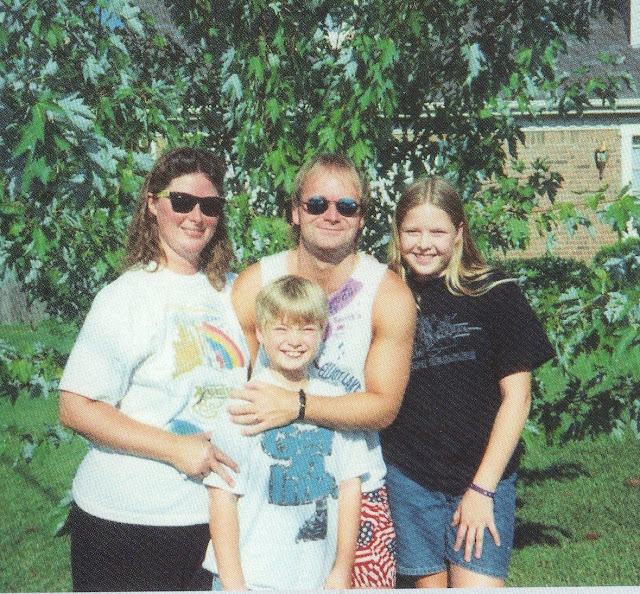 *Runner-up- Getting verbally berated by the boss at a radio station. 1986.
* 2nd Runner-up - Lying to my staff and working for an unethical owner. 1997.

PROUD MOMENT - Listening to Junky Rhodes on LIFE one night, enthusiastically taking listener phone calls. I phoned him to say "you sound great" but he didn't answer the phone. The next day I found out that the show was recorded, including the listener calls, and after 35 years in radio, I couldn't tell the difference. 2014. 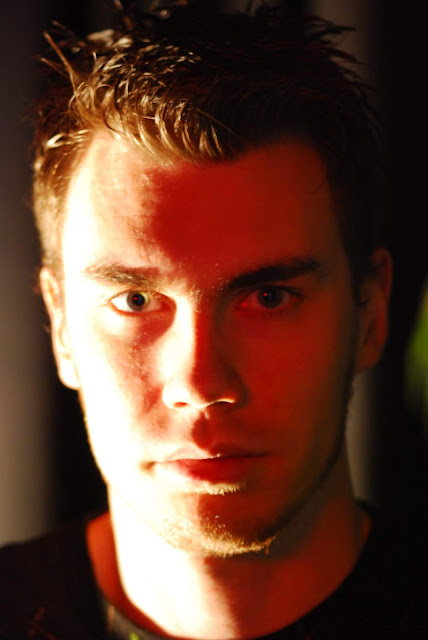 * Runner-up - Rod O'Brien (aka Chris Cooper) doing afternoon drive at AM/58 in Kapuskasing. I was Rod's boss. It was a milestone moment, one afternoon on the air when he found his smile. This is the actual show, below 1987. 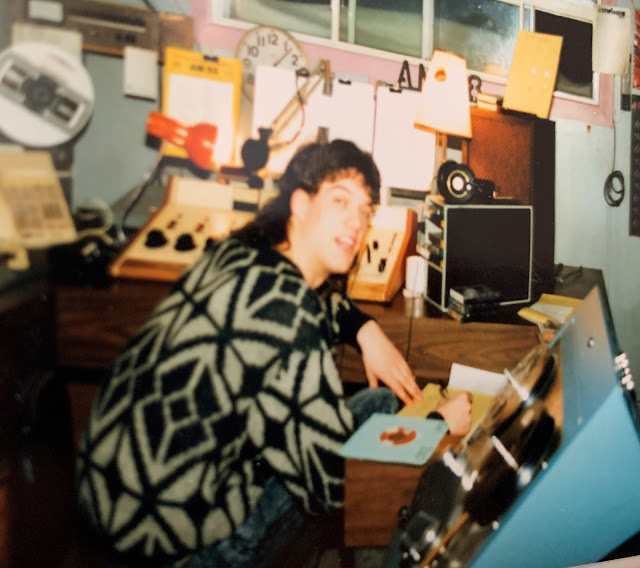 BEST MOMENT - Playing "La La Land" with All Star United (Ian Eskelin and Dave Clo) on my patio for my 60th birthday. 2017. 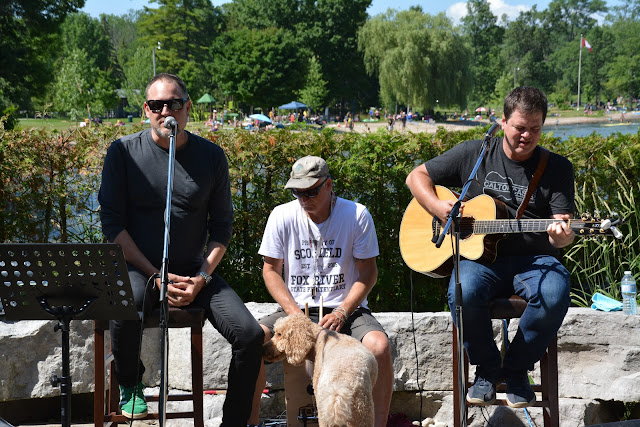 * Runner-up - Playing "Avalanche" in my house on New Year's Eve with Handsome and Gretyl.  While dying to jump in and play along, it was their moment, until Brett said - "We're going to need some percussion here, Daddy."  2017.  Three minutes of musical emotion. It'll probably never happen again. It'll never come close. Brett and Gretyl have no clue. 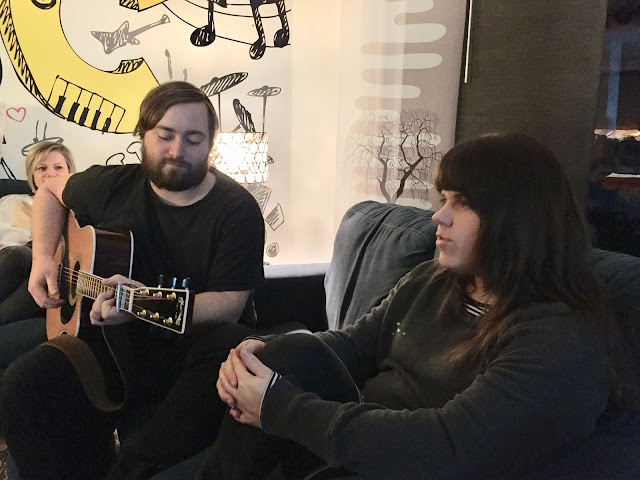 BEST SHOW - Playing percussion for Brian Doerksen in concert while he sang "Faithful One" 2019. I rehearsed my part for two weeks so I would know the songs intimately. Brian is Canada's most beloved worship songwriter. 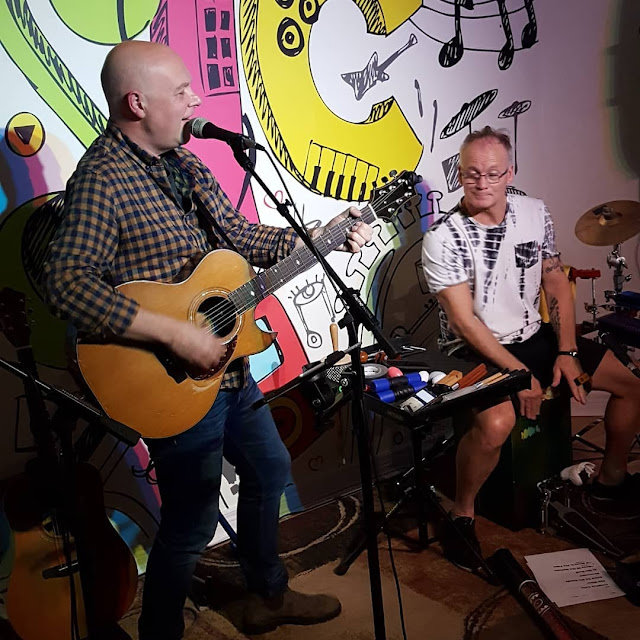 PROUDEST MOMENT - Watching Anthem For Today play "Earthquake" as a new Canadian artist at the Covenant Awards and then winning and their acceptance of the Covenant Award for Modern Rock Song of the Year in 2013 presented by the Gospel Music Assocation. 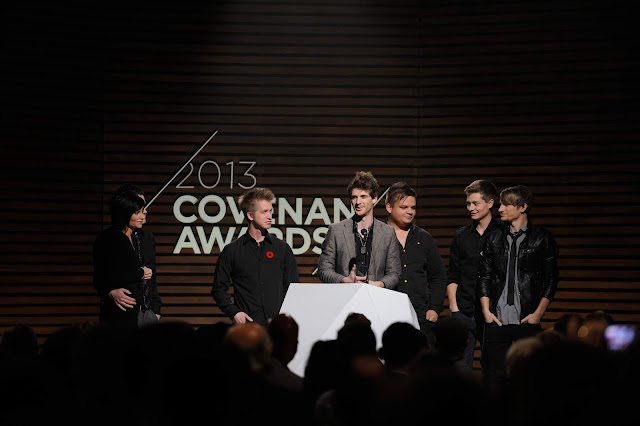 * Runner-up - The Handsome and Gretyl Summer Tour 2016,  I was walking the sidewalk in downtown Los Angeles, looking for the venue- The Mint nightclub where we were performing that evening.  A club, in L.A., baby!  BOOM! 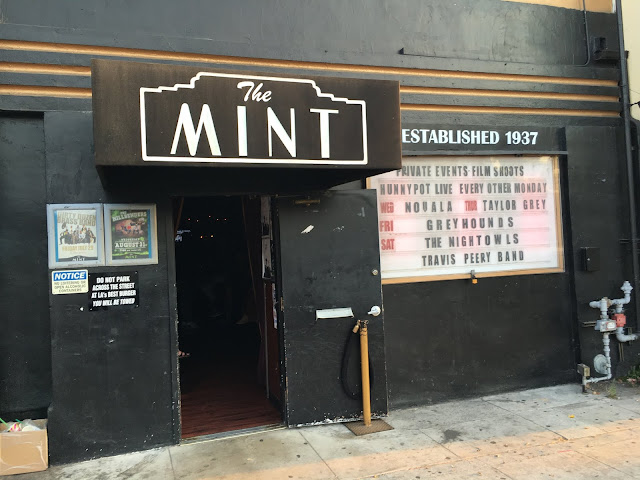 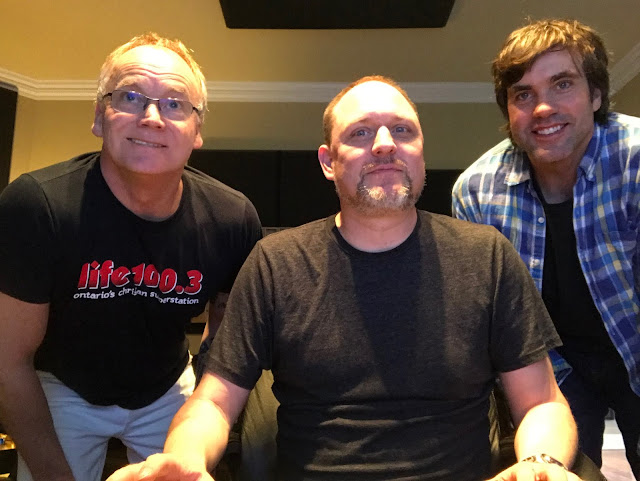 * Runner-up - My artist Luke Langman opening for Brian Doerksen in Peterborough in 2019. I made connection to have Brian sing a verse of Luke's song "Every Word You Say".  Just like on the record. 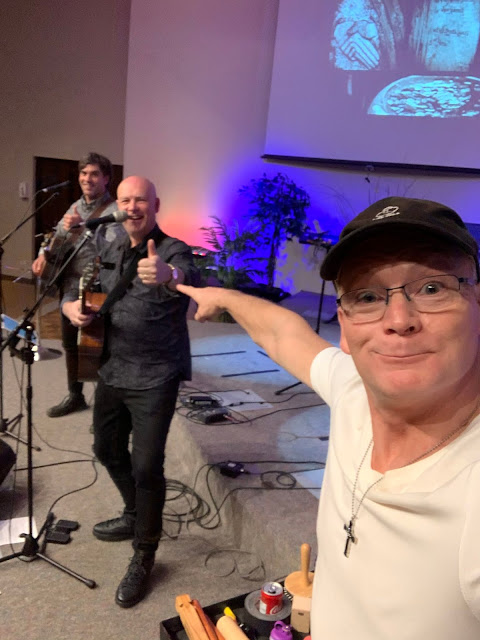 BEST CONCERT - Anthem For Today playing at Emmanuel Baptist Church in Barrie for the youth group. The best audience, ever!   The youth pastor yells to a kid "put your shirt back on!"  The girls were going crazy for the band. It was an exhilarating show.  Unfortunately, it ended with a kill-joy by the youth pastor but  my memory of the audience and that show - was amazing. 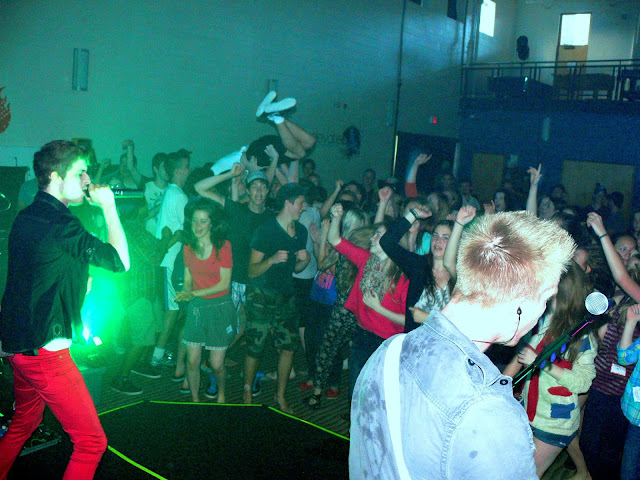 BEST WORK -  "Worthy" by All Rescued Children. Arranging the studio recording session, vetoing a track so our new members could record a part, the eventual release and national promotion; the video shoot, the guest appearance by Francois Gouderault Jr., the photoshoot, hospitality and cheerleading.   This project was the culmination of all I had learned as a manager. 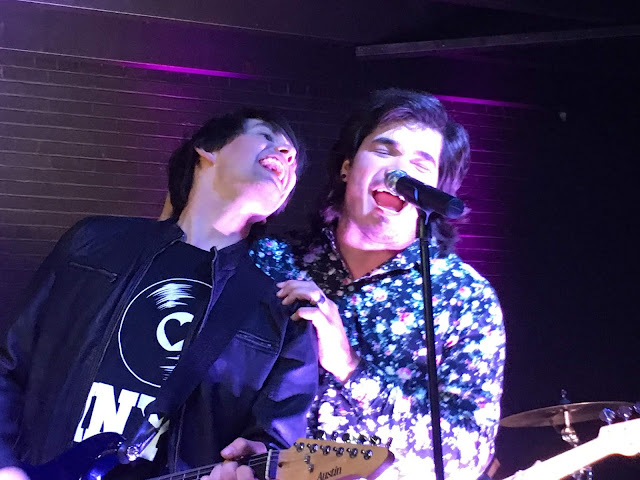 * Runner-up - The CD release for Tom Roe. He had no part in the arrangement of the event, only the stage performance with the musicians and setlist. The radio promotion and details of the event was envisioned by me. It was a milestone moment to honour Tom. 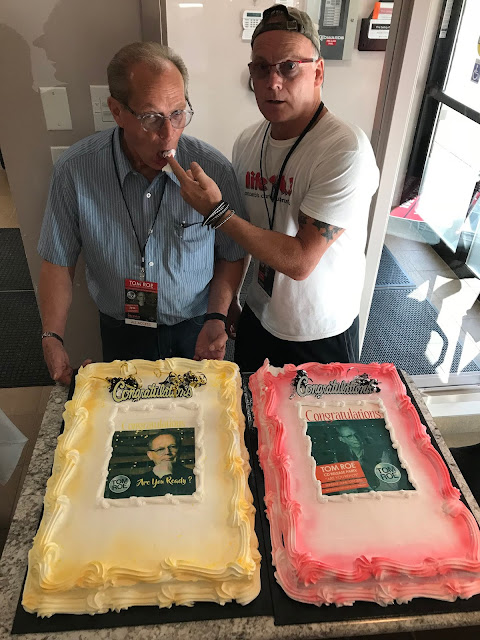 WORST SHOW - Anthem For Today, early in our work together, the boys were opening a show in Ottawa.  Our drummer couldn't go so we hired a fill-in (talented) drummer whom we had never met or played with. We had lousy sound, and some other bad stuff. Then, we all had a near-death experience in an elevator. 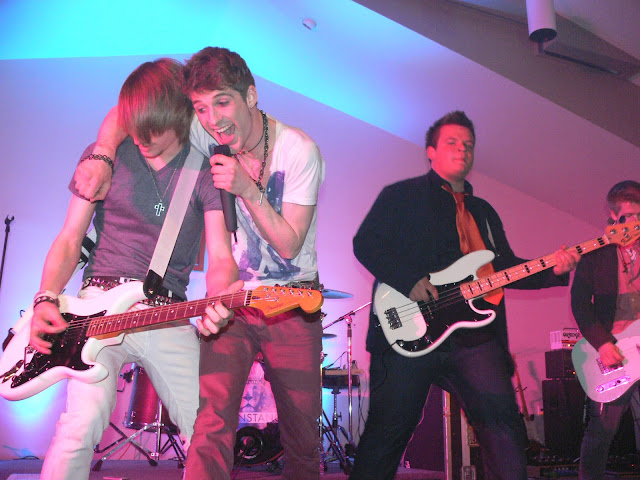 * Runner-up - A recent show that was unrehearsed, not soundchecked and just plain sloppy.

REGRETS - Leaving after the first leg of the 2016 Handsome and Gretyl North American Tour. There was junk bothering me but I should have pushed through it. I gave in.  Now, I live with haunting regret of not completing the final leg.

* Runner-up - I miss road managing AFT so bad - it hurts.  (photo below is a mini-reunion) 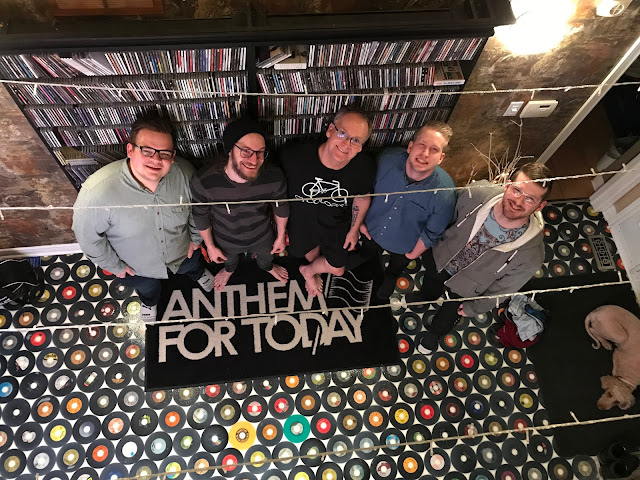 Posted by Scott Jackson at 11:38 AM No comments:

I think New Year’s resolutions are a good idea. It’s a new year. We have a new mindset so why not set some goals for self-improvement?

Many people don’t. They think they’ll break them so what’s the point?  The point is - you try. And if you fail, you try again. Being afraid to fail is being afraid of life.

I attended a Wealth Management Expo two years ago. Not because I want to be wealthy, but because - Sylvester Stallone was there and I really wanted to see him in person. He is a self-made success story but, the other six speakers all had great stories of having nothing and making something of themselves. The line that was repeated was, “I failed nine times, but the tenth time was a success.” Most people don’t have the energy or faith to try again or start over. Maybe they're embarrassed. Or lazy? Or something.

The “failing nine times” is inspiring to me. If the greats fail, then I shouldn’t be afraid to fail.

So, I set my resolution goals with that in mind. If I fail, I won’t give up - I'll start again. What’s the alternative?  To never improve? I don’t want to be that guy.

Here are the things I resolve to work on this year. 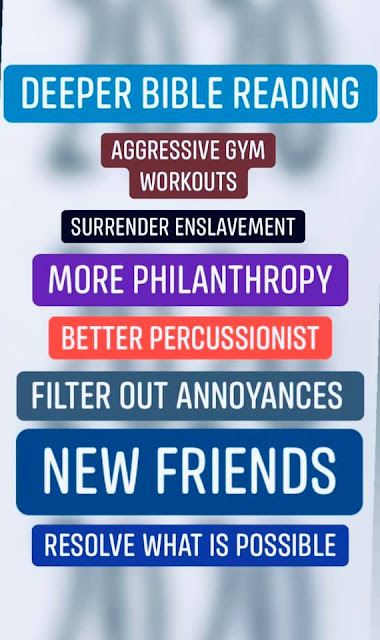 I’m going to check my list every couple of months to see how I’m doing. If I’m not doing as well as I hope to, then I’ll get a bit more serious about the “delay”.