Summer used to be the only season I really loved. Conversely, winter...I hated it!  Something's changed.

Maybe it's the location. We moved from the city to "the country" and I have a view of Lake Simcoe that is amazing. It's always amazing.

In the winter, when the Lake freezes, it's equally as interesting. Sometimes the sunrise reflects on the ice and there's beauty in that. Blue skies, cloudy skies, even the blizzards are beautiful to watch - from inside. With the leafless trees, I can see the sunrise through the branches. As the ice thickens, we take walks on the Lake, albeit cold, but fresh and inspiring.

Spring - the rebirth. The leafs takeover some of the view, but the sunrise moves a bit north where it's still visible. Morning mist rolls over the water. The ground is still wet but flowers bloom. The dock is installed bringing our view of the lake even closer. The patio chairs hit the patio.

Autumn. It used to be depressing with the shirtless summers gone and the asthmatic cold, threatening. But a few years ago I began to love Fall. Love the colours and even celebrate the change. I know winter is coming, but now I look forward to the frozen lake and the daily picturesque view. And, miraculously, the asthma I struggled with for 50 years, vanished.

It's too bad it's taken so long to appreciate all the seasons. There's something beautiful in all of them. 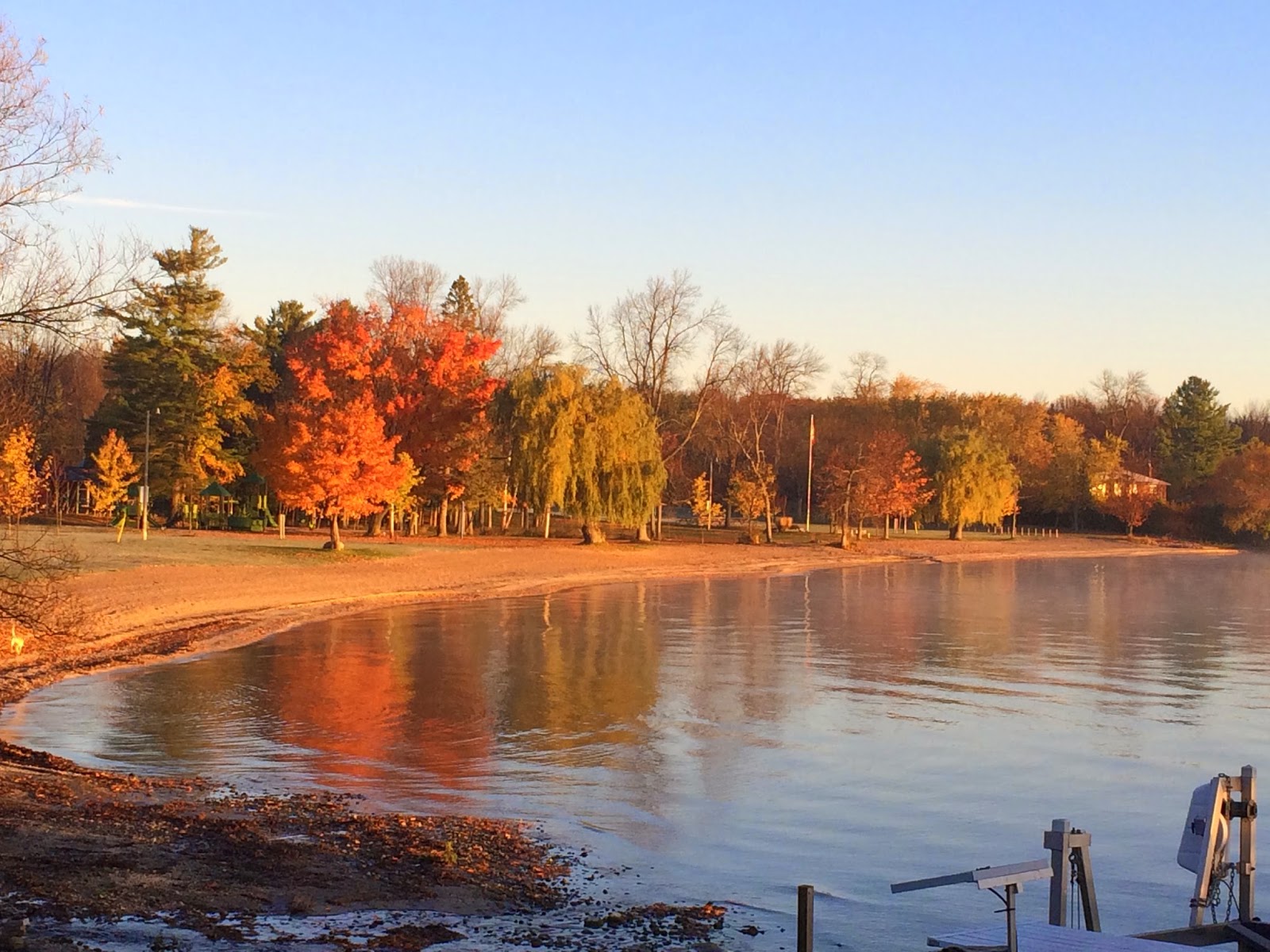 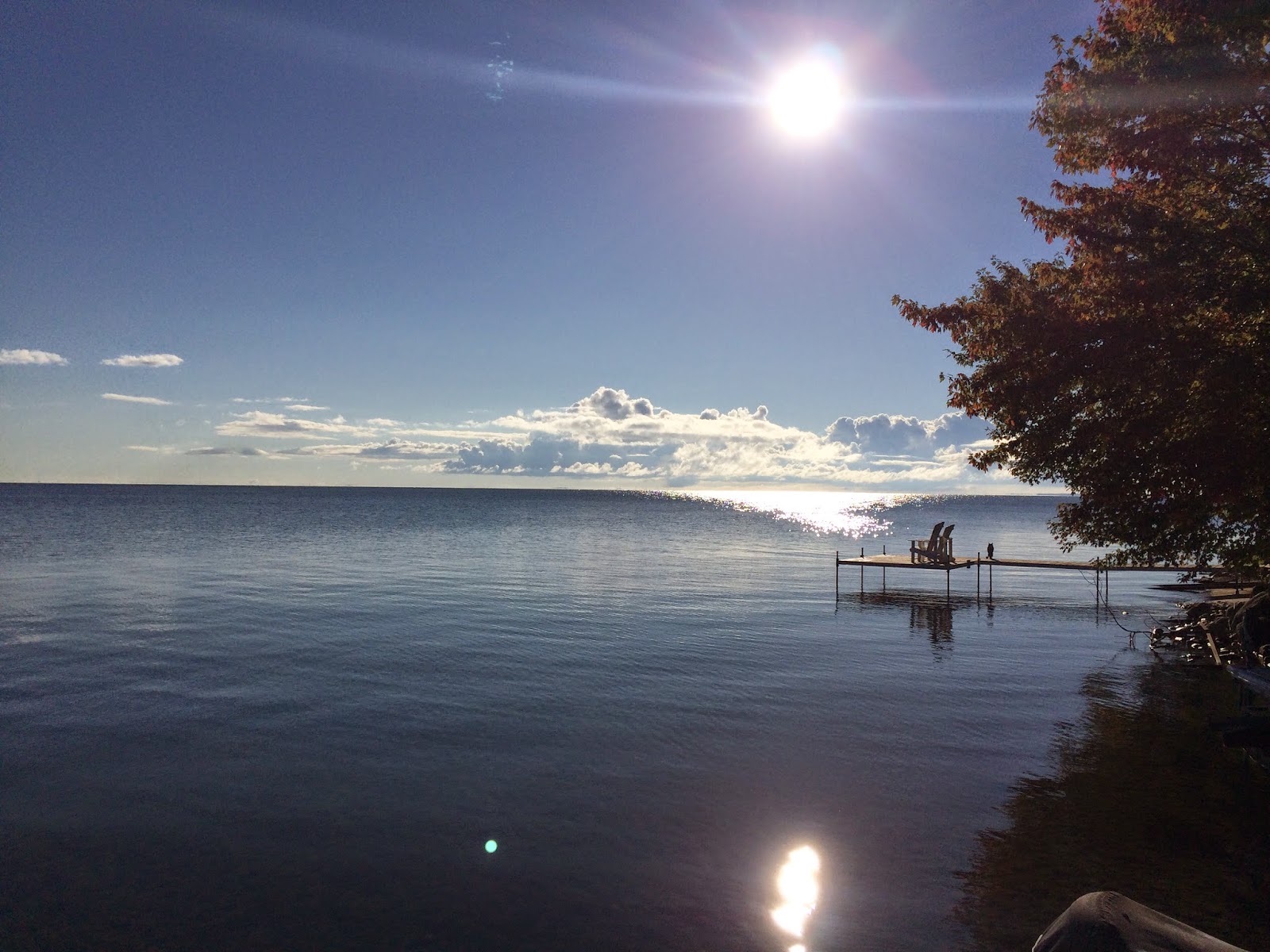 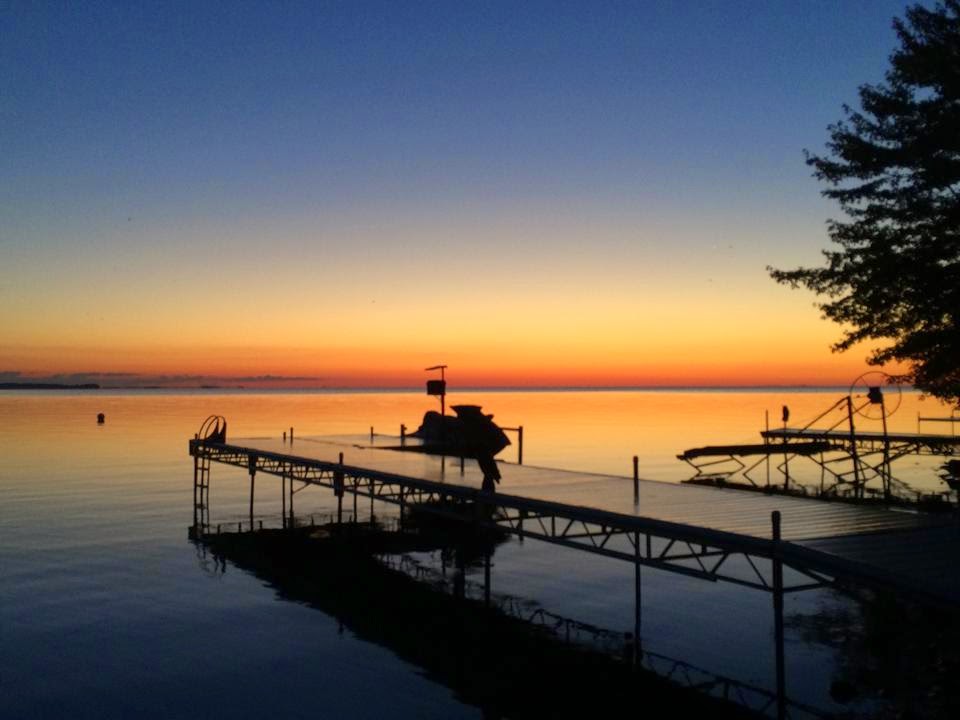 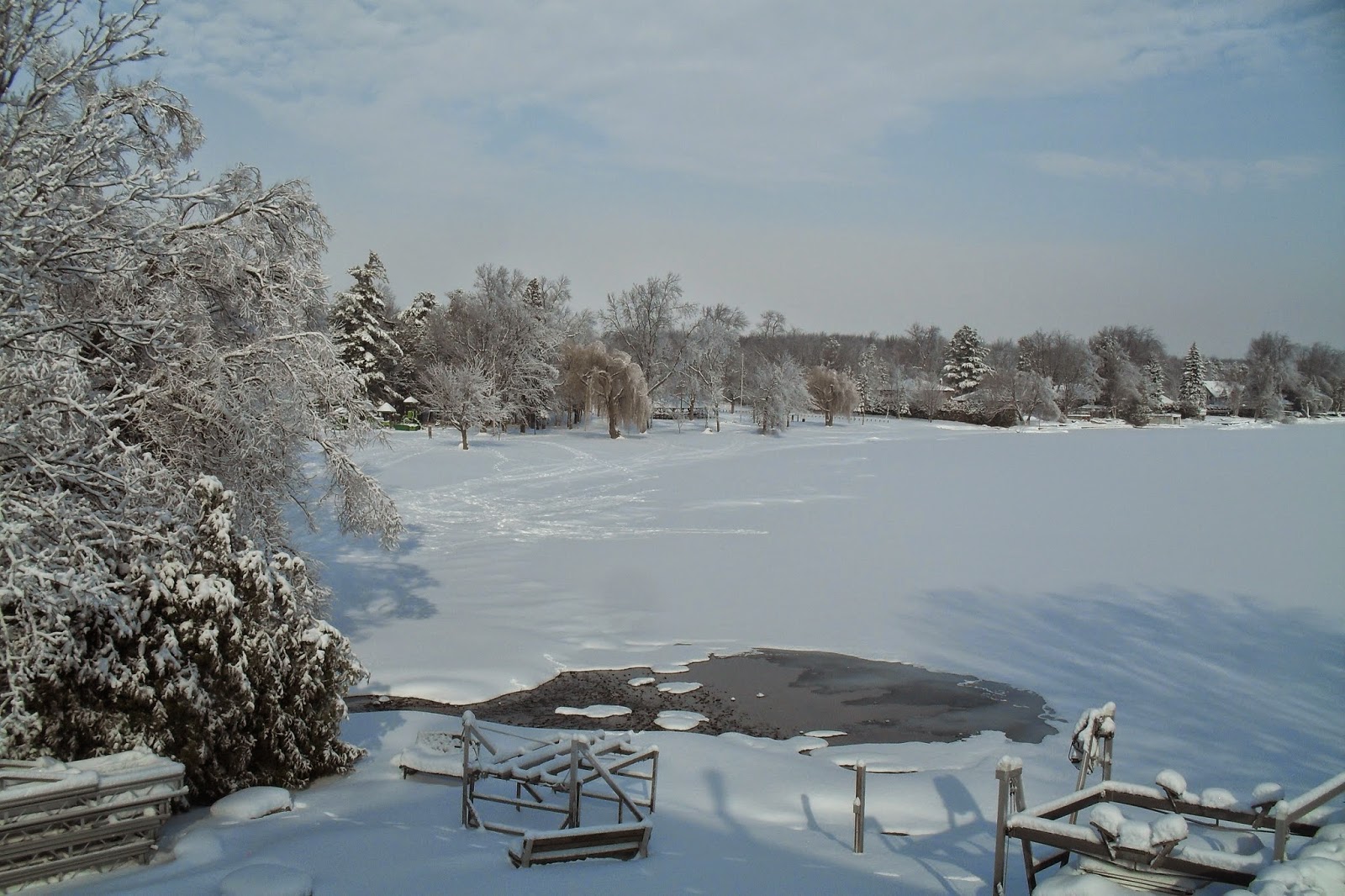 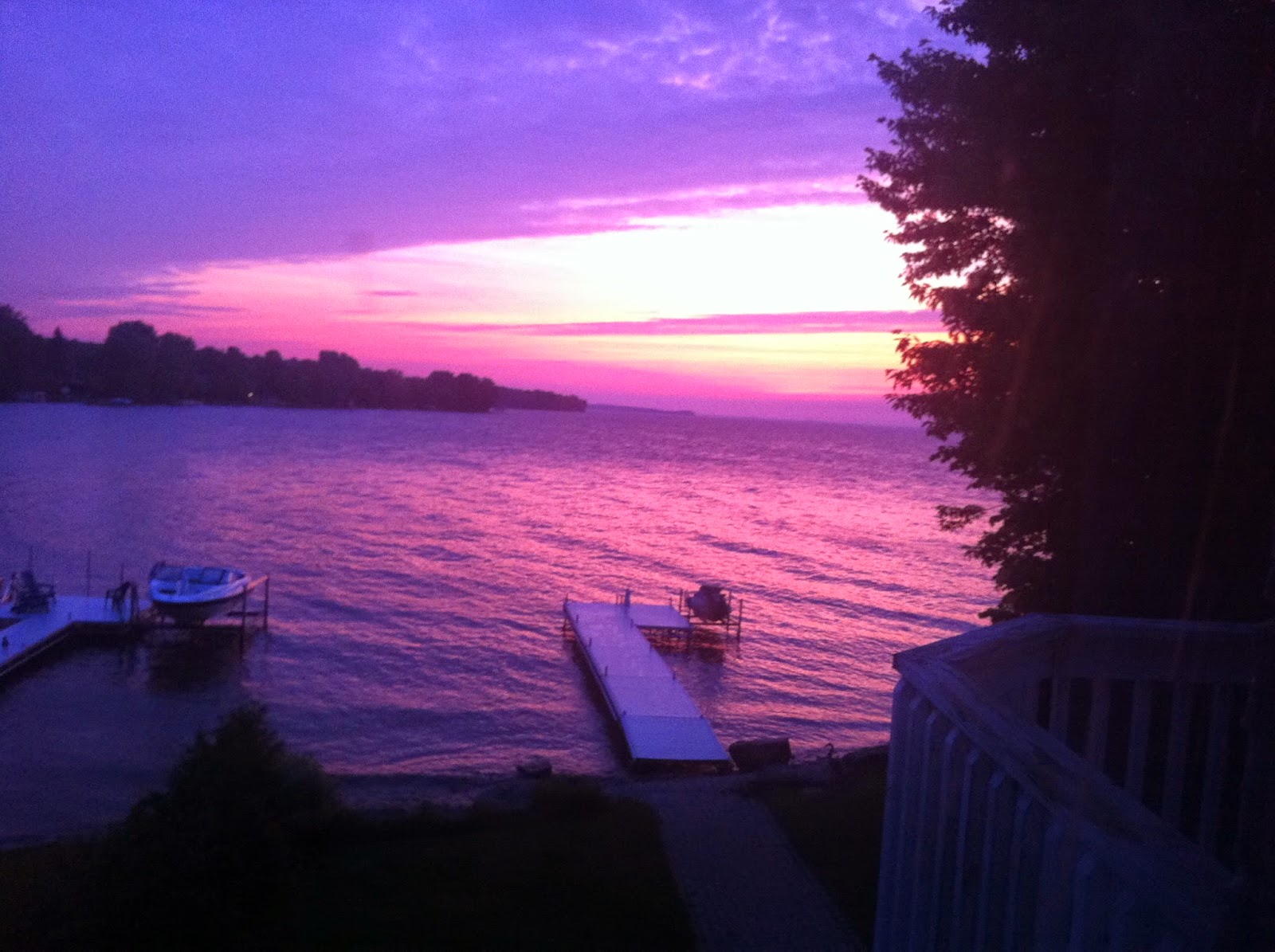 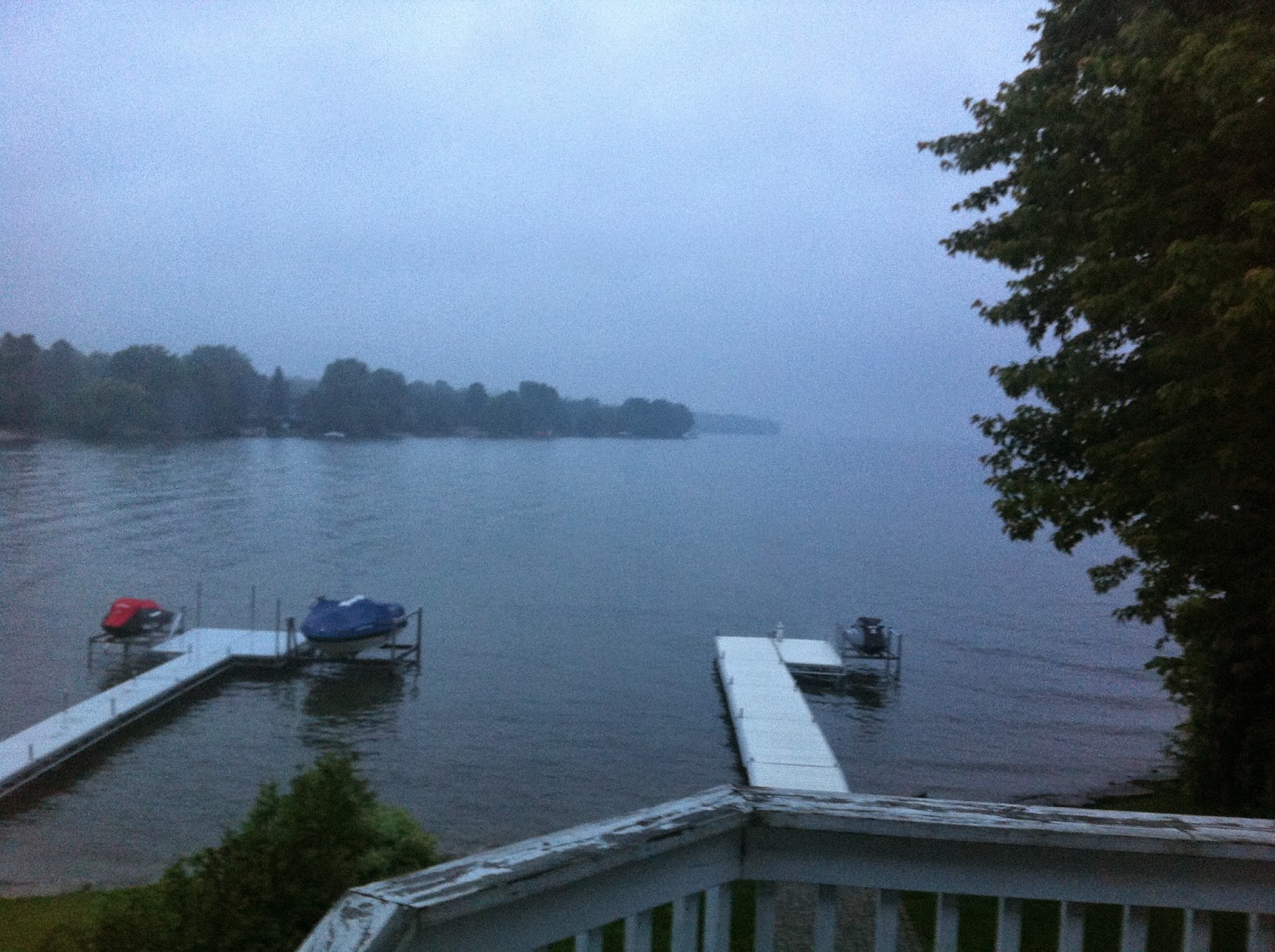 1983. I’m the evening DJ at CKLC radio in Kingston. The studio request line rings and it was my friend Dean Neron, a high school student a few years younger than me, who invited me to come and hear his new band Little Sister.

Somewhere in Bayridge, a suburb of Kingston, about 8 o’clock one night in January, I attended a band practice, which turned out to be an audition for a manager - me. I don’t remember all the songs they played that night, but I remember the big one - "Your Daddy Don’t Know," recorded by Toronto. It was the song that lured me in.

The next week, Dean, Jackie Mills, Dave Armstrong, Clive Oosthuizen and I met where they offered me the position of Band Manager.

"What’s my job?" I asked. I didn’t know the job description.

"Get us gigs," Dean said. Little did I know that getting gigs is the job of the booking agency, not the manager, but whatever. I signed up.

I had decided at the beginning that I wouldn’t be a travelling manager.  My full-time job at CKLC was my career and besides - this was a rock band. How long would it last, anyway?!

I started booking shows for Little Sister at high schools and bars. One of the bars we hooked up with was The Nash - also known as the International Inn in Gananogue, just outside of Kingston. The Nash was owned by a really nice guy and he booked the band on the spot.  No band reputation, no history, just me asking to play. (I think he was a CKLC fan.)

After our first two nights he paid us $800. Then, he overpaid us. "I don’t want you playing any where else in Gananoque," he said.

Upstairs in the hotel room, I showed the band the cash - all paid in $20 bills, amounting to nearly $1,000. We threw the cash up in the air and swam in it! It was mind blowing!

The word quickly spread to the local booking agency in Kingston. Brian Henchey from the Dobbin Agency called me up.

"The Perth Mews - Thursday, Friday and Saturday.  They pay $750 for the three days, plus accommodation."  I accepted, happy to have a gig.

The bars usually provided rooms for the performers. A room - of sorts. This was truly bad. I mean - really disgusting. The band didn’t care - it was a gig. I drove to the Saturday night show, enjoyed a Coke in the bar and looked after my band.

The bar gigs were usually three nighters, but one was a full week so the band took time off their jobs and school to make it happen.

I remember one of my first job assignments - to fire the bass player. "Will you do it for us?" they asked me. The band didn't have chemistry with the bassist and it was a complicated departure.  Our bassist was the oldest guy in the band, probably 22 and business-like. He wanted his share of everything purchased, starting with the bank account. (Yes we actually had savings). We counted the inventory of posters and business cards and cables and even unused letterhead - everything. He wanted his share of every last penny and he counted each one. Can't say I blame him - he was out and that couldn't have been fun.

The new bassist was Dave Barker. He was hired on the good recommendation by our drummer, Dean, but our guitarist and singer had never met him.  Now this is not the smartest way to hire a member, but thankfully it worked out well. Dave was character and fun and a great match for the rest of the band.

Off to The Pembroke Hotel!  I remember routing it for the band. Back then, without Internet access, we relied on paper maps. On the last night, Janice and I drove from Kingston to Pembroke to surprise the band. It was a dirty bar - like most bars at that time. Smoke filled the room, as patrons stumbled into tables, and puked on the sidewalk, ignoring the band on stage.

As I’m told by our soundman, Doogan, the band slept in til 3pm every day, while he (Doogan) and Mike the light guy went to the beach, soaked up the sun and then went to the show at night wearing white t-shirts to show off their bronze bodies, while the rest of the musicians were white as ghosts from staying inside all day. Ahhh -the Pembroke Hotel. It burnt to the ground a few years later.

﻿
I remember banging on the office door of the Lakeview Manor in Kingston. This was an A-level club where everyone played. On Fridays and Saturday, the Manor booked well-known acts, like Burton Cummings, the Mamas and Papas, Toronto, the Tragically Hip - a fabulous list of names, both new and veteran. The owner granted me a Monday thru Wednesday gig - and we got paid! Playing The Manor was the cherry on the resume cake for Little Sister. Even though it was an off-night, it was "The Manor."

There were two bigger shows we were honoured to play. One was opening for the Blushing Brides at Jock Hardy Arena on Queen’s Campus. The Brides were a Rolling Stones cover band had become good friends of mine, especially their manager. Even as friends, their snobby crew bullied us and gave us one minute to soundcheck, as the crowd was already entering the auditorium. The Brides continue to tour to this day.

The other big gig was opening for Rough Trade who were, at the time, one of Canada’s biggest bar bands and regularly played on Canadian radio.

Little Sister has band stories. Like the soundman (Bubba) who would work for free as long as he got to drive the truck, which by the way was named The Blue Goose. One day, as Janice and I were driving to Toronto to visit our parents, we saw the Blue Goose at the side of the road on the eastbound lanes with smoke coming off the hood, Bubba doing repairs.

Looking back over the list of gigs, I don’t know how we pulled it off. Nearly every weekend was booked, and as I said, the bars were 3-nighters.  We didn't do any non-paying shows, I was commissioned on every show and there was money left for the band, too. And, to my knowledge there were no drugs in the band. As bar bands go, Little Sister was pretty clean.
﻿﻿﻿﻿
Man, this was so much fun I thought I would explode! Newspaper interviews, radio interviews, shows, fans, albeit local, but hey - !  Guitarist, Dave Armstrong wrote two original songs. "If we’re a band we can’t just over other people’s songs - we have to start writing originals. "Two Kids In Grown Up Clothes" and "Depending On You" were all his, and had there been a few more months together we might have recorded both songs.

That day didn't come. Dean and bassist Dave announced they were leaving to join The Patty Ranter Band, leaving guitarist Dave and Jackie and me without a drummer or bassist.

Little Sister played out the last few shows - the last one in Picton at the Rickerton Castle Inn. It was the only show I video-taped and I still have it - a great souvenir of a really fun ride. Really fun! I remember thinking, "This is as much fun as radio. I have two awesome careers!"

I managed two more bands after that - STAGGER, another girl-fronted band, and ANA BLACK a metal band that worshipped Motley Crue. The metal band lived the part off-stage!

While I tend to be an organized person, after the third band I had come to the conclusion that a good manager needs two things I did not have: one, money (or access to money) to make things happen, and two, industry contacts with people at the next level.  With that realization I vowed never to manage a band again, unless it was for my son or daughter.

I now work with Anthem For Today, which has quickly eclipsed all the bands and still building memories.﻿

Posted by Scott Jackson at 12:37 PM No comments:


Posted by Scott Jackson at 2:17 PM No comments: