The Covenant Awards are presented by Gospel Music Association of Canada, awarding the best in Christian music. This year the ceremony was held in Langley, just outside of Vancouver. A little out of the way for most people in Christian music, but fun to get out of town and breathe in the Western air and check out the mountains that BCers are always bragging about. (They were looking majestic!)

Two weeks before flying out, a friend from my public school days found me on facebook.  David Ross lives in BC and it turns out he was going to the Awards. He offered to pick me up at the hotel in Vancouver, drive me to Langley, and return me after the show. Had he not done that, the taxi probably would have cost me $1,000 - or close. (joking)  But, wow - what a long ride!

Funny story, he texted to tell me he was ready to pick us up, waiting in the hotel parking lot but he was 45 minutes early. I was just leaving the gym in the hotel and Pip was...putting on his makeup. So, I texted David back, "we'll be right there - as soon as Pip finishes putting on his make-up!" Haha. I wondered if that would freak him out!

My travel partner was Pip Lucas, who is the Promotions Coordinator at LIFE 100.3 and the lead singer of Anthem For Today.  AFT was nominated for Rock Album of the Year, and being the manager of the band, both Pip and I had double interested in this year's awards.

The ceremony began with the "pre-awards show", which are the smaller awards. I'm not sure what that means, really - all the awards are important. I'm not sure how they differentiate, but our nomination was during this "pre" period, and no, we didn't win - thanks for asking.

Then came the fancy dinner - yum!  And then we moved into the auditorium for the major awards. Good music and an excellent crew running the live show. Fun to be an award presenter, too.

The highlight was watching The Color perform "One Sure Thing". Love the song! Big step forward for the boys!

A couple of radio friends in Ontario asked me, "Why should I go?  What will I get out of it"?  There seems to be a need to "learn something", which isn't the case, here. It's just a chance to see all the other radio friends and the artists, who we often only see once a year. It's like a reunion. With awesome food!

We hung out in Stanley Park,Gastown and "Exit" which is a real life escape game. We got locked in "Prison" for 45 minutes. The concept is great but it was actually a let down.

Good times!  Here's hoping it's back in Toronto next year so I can take the whole band, and LIFE staff!

Posted by Scott Jackson at 6:12 AM No comments:

"Footloose" is playing at a couple of Drayton Theatre playhouses. I was lucky to get the last pair of tickets to the show on the final night in St. Jacob's.  Our seats weren't together but a nice couple did a flipperoo so Janice and I could sit together. 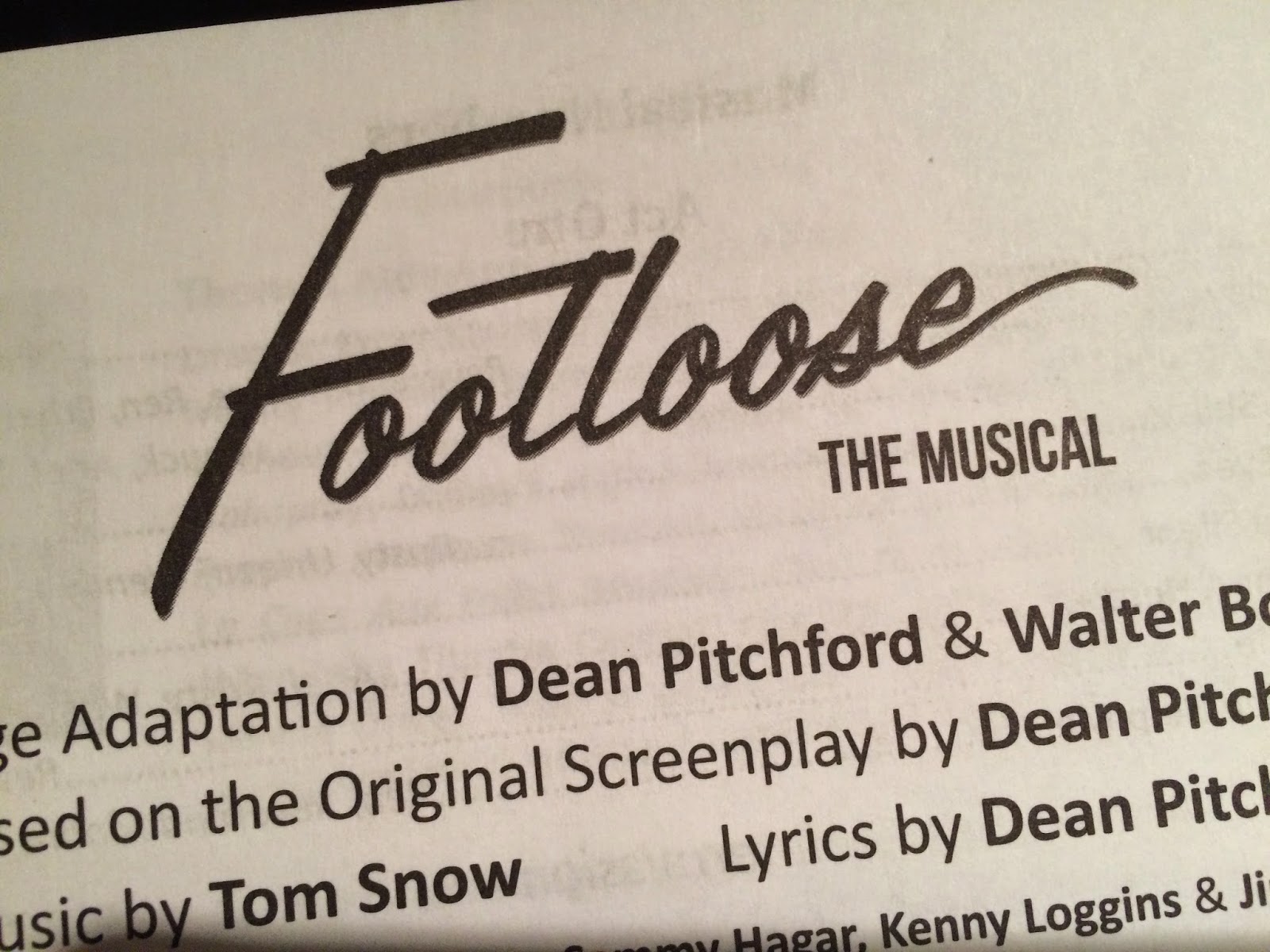 We love plays. Yes, it's an age thing. We've been going to many Drayton productions, a couple every year, from musicals, to "thriller" plays, to documentaries - all very, very good. Dinner and a play - a great combo! (I encourage you to treat yourself to a night out. The Midland theatre is closest to Barrie.)

The "Footloose" performance in St. Jacob's was unfortunately, not up to par.  I expected much more. Here's why.

It's a story about dancing, and the ensemble dancers were quite sloppy. There wasn't a lot of effort. (Now, maybe I'm jaded from watching Dancing With the Stars and have higher expectations!) The actor playing Ren out-shone the rest.

The storyline didn't match the movie. Now, I haven't read the book (is there one?), but it's possible the play imitates the story, not the movie, but I know the movie and there were many sub-plots that were totally different.

The first is in the warehouse where Ren McCormick takes out his frustration in an athletic dance tear. That scene was deleted in the play.

The other scene is the "Let's Hear It For The Boy" scene. If you know the movie, you know the scene, where Kevin Bacon's character teaches "Willard" how to dance on the steps of the school bleacher. That scene was changed to a group performance, with Willard only one of a dozen dancers. The audience as kind to cheer, but it was a letdown, although the singer gets a "10" for nailing the vocals.
Lastly, there was a surprising amount of profanity. In the Kevin Bacon version - I can't recall any. In the update from a couple years ago, there was a bit. But, in the play, with most 50 and 60 year olds in the audience, I was disappointed.

Hard to believe that "Footloose" is already 30 years old. The songs are great and it's an easy to follow story. I have to wonder if, in 50 years, it will still be around and loved like "The Wizard of Oz" is today. Who knows.

Posted by Scott Jackson at 7:38 AM No comments:

My drive from home to work is about 20 minutes, so of course I’m listening to LIFE 100.3 in the car. While I listen to make sure things are staying on course, I’m also drawn in as a listener, using LIFE as I hope our listeners do. 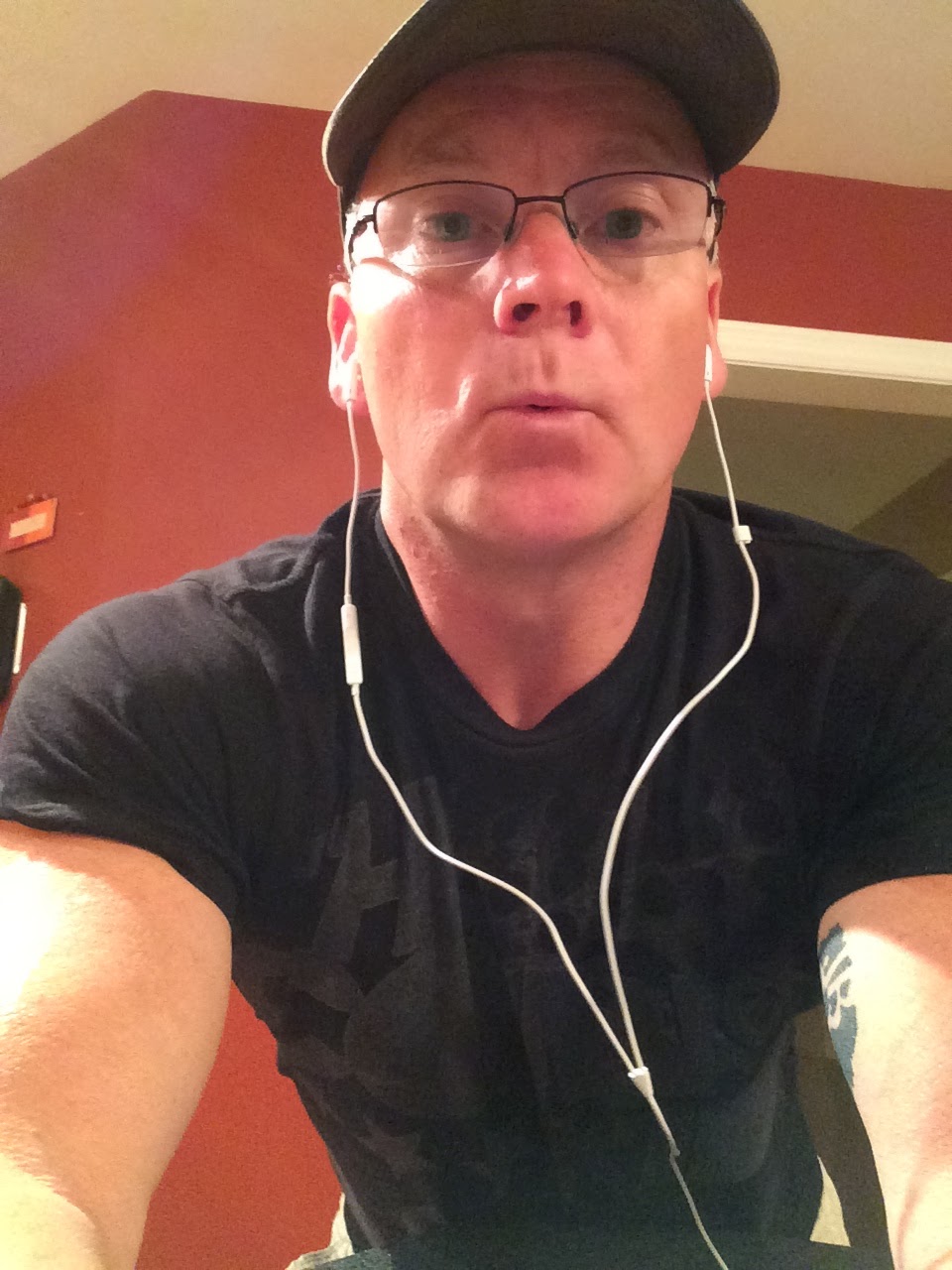 So, LIFE is on. If I haven’t spent time with God in the morning, the songs on the radio are a perfect start to my day. They act like a trigger to being in a good place with God.

These songs remind me, at that very moment, of my goal to be a Godly guy. I need the reminder. If I substitute secular music for very long, I get sucked into a lot of junk, and then the goal of being a Godly guy is forgotten.

Sometimes, when I’m having an off day, and feel somewhat gloomy, for some reason I don’t want to hear about God. Why is that? I’ve even turned the music off because those songs remind me of who I am not and when I feel unGodly, I don’t want to be reminded of that.

But I DO need to reminded of that. In those gloomy moments I need to hear that God is bigger than a crappy, gloomy moment.

And, that’s why I love Christian music. It keeps my thoughts in line with God.