BEHIND THE SCENES WITH AFT - #7 - NORWOOD

﻿
Man, we so very much look forward to "SHOWDAY". It's like the night before xmas - we all get excited! And, on SHOWDAY, we are in total "show mode". Our regular lives are left at home. It's all about the band, the boys, hanging out, rockin' it, killin' it and making friends. This band life is such a blessing to us. 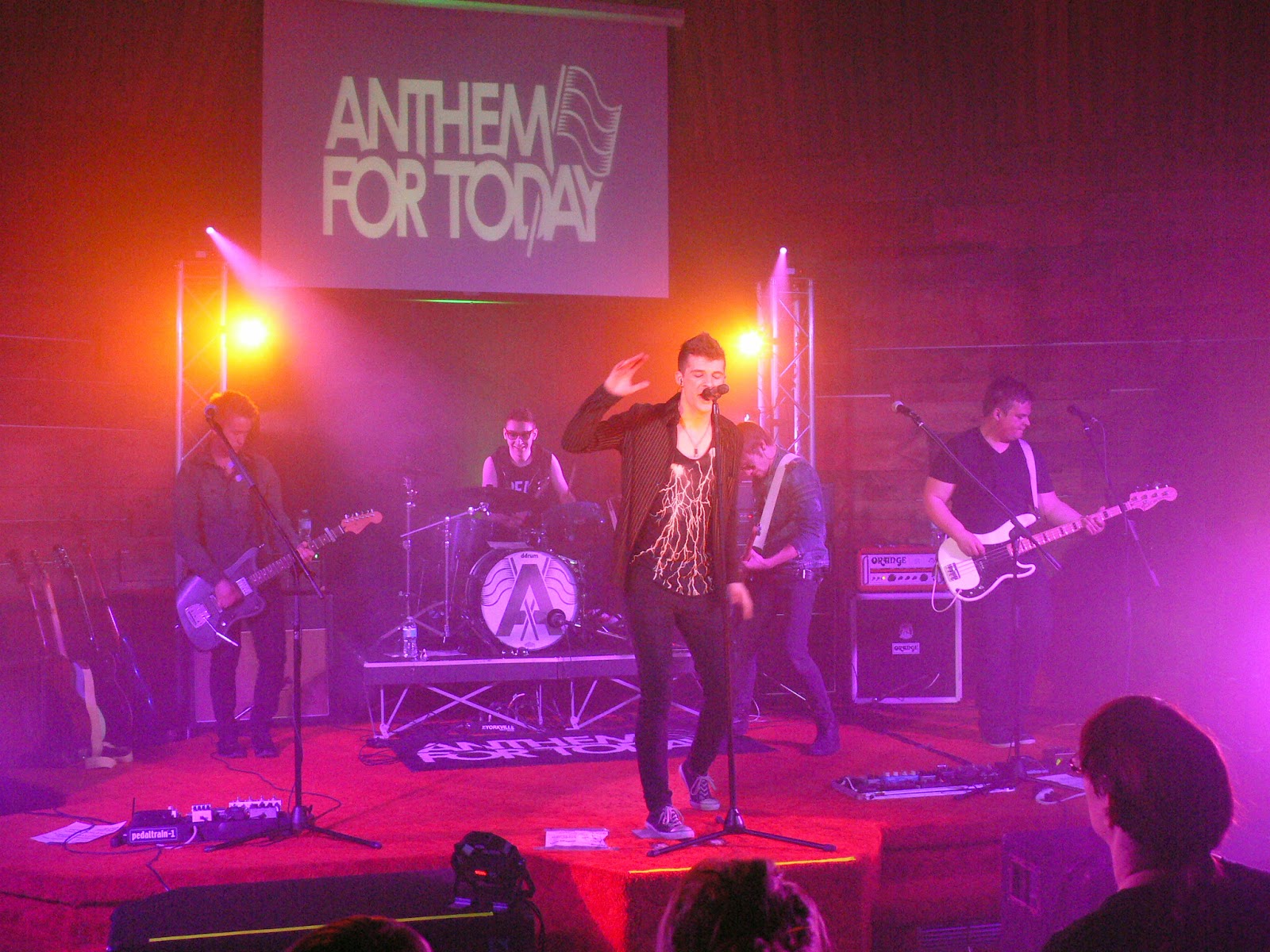 Well, you never know how a show is going to go - good or bad. Sometimes the day starts badly, and BOOM - the show is a killer. You never know.

Today, we hit the road, driving south on Highway 12, as I've done 5 million times, and we missed the cut-off to Highway 7. Duh. We figured it out about 4km down the road. Not a good start.

The only other bad thing that happened at the Norwood gig was on the first song. Again, not a good way to start a show. Robbert Vandergrift's bass guitar cable was busted or something and the bass didn't make a noise. What to do? He jumped off stage, grabbed another cable, plugged in and was set for the second song. Oh boy - we wondered. What's next? Nothing else went wrong. PTL.

The opening band was the local youth worship band named Days Gone Bye, but in the middle of the set they changed their name to Friday Night Freeway. They were also our local loading crew so we made friends immediately. Jack, Blake and Evan helped us unload and saved us a ton of set-up time, so much, that we were nearly an hour ahead of schedule.

After a short soundcheck with FOH guy Jonathan Hooper, Days Gone Bye stepped up. The in-ear monitor system was totally new to them and we took some extra time to get the mix just right.

In the AFT set, we blasted through the usual songs - "Falling Asleep", "Trouble", "Earthquake" and "Meant To Live". Then, Jordan Melo gave us a blistering drum solo! Nice work, Jordy!

After playing our new single (buy it on iTunes, please!) "Way Too Young" we went into the acoustic set, and, once again, uh oh - Pip Lucas launched into "Love Song For A Saviour", which is an awesome song, but the scheduled song is "Me and Jesus". Um...this has happened quite often. I think we need to write the setlist in a BIGGER font!

Well, we played a bit overtime and Pastor Andrew Lacey and Jeff Hackett didn't seem to mind! Thanks guys! Hope to play for you again, maybe in the Fall! 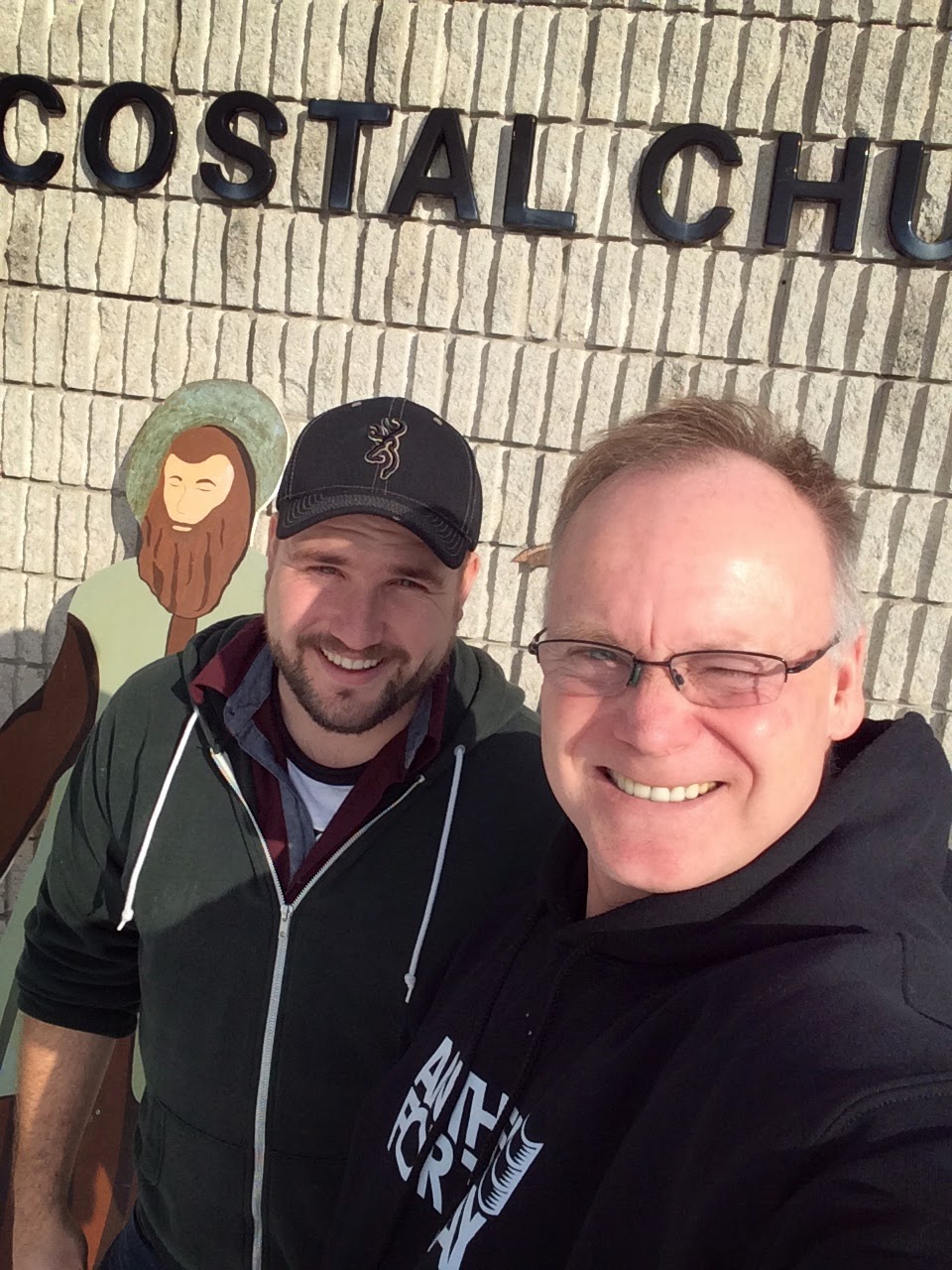 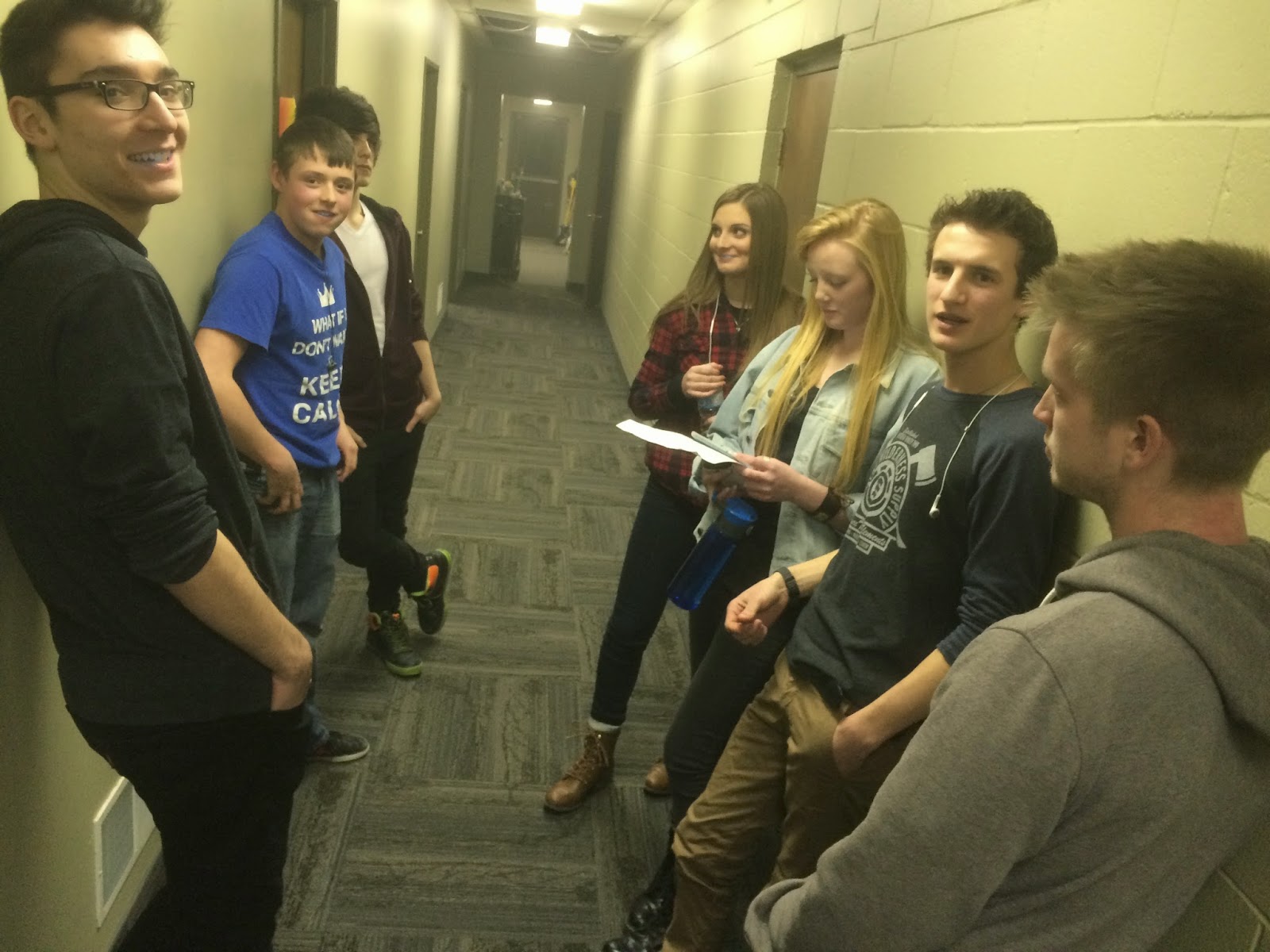 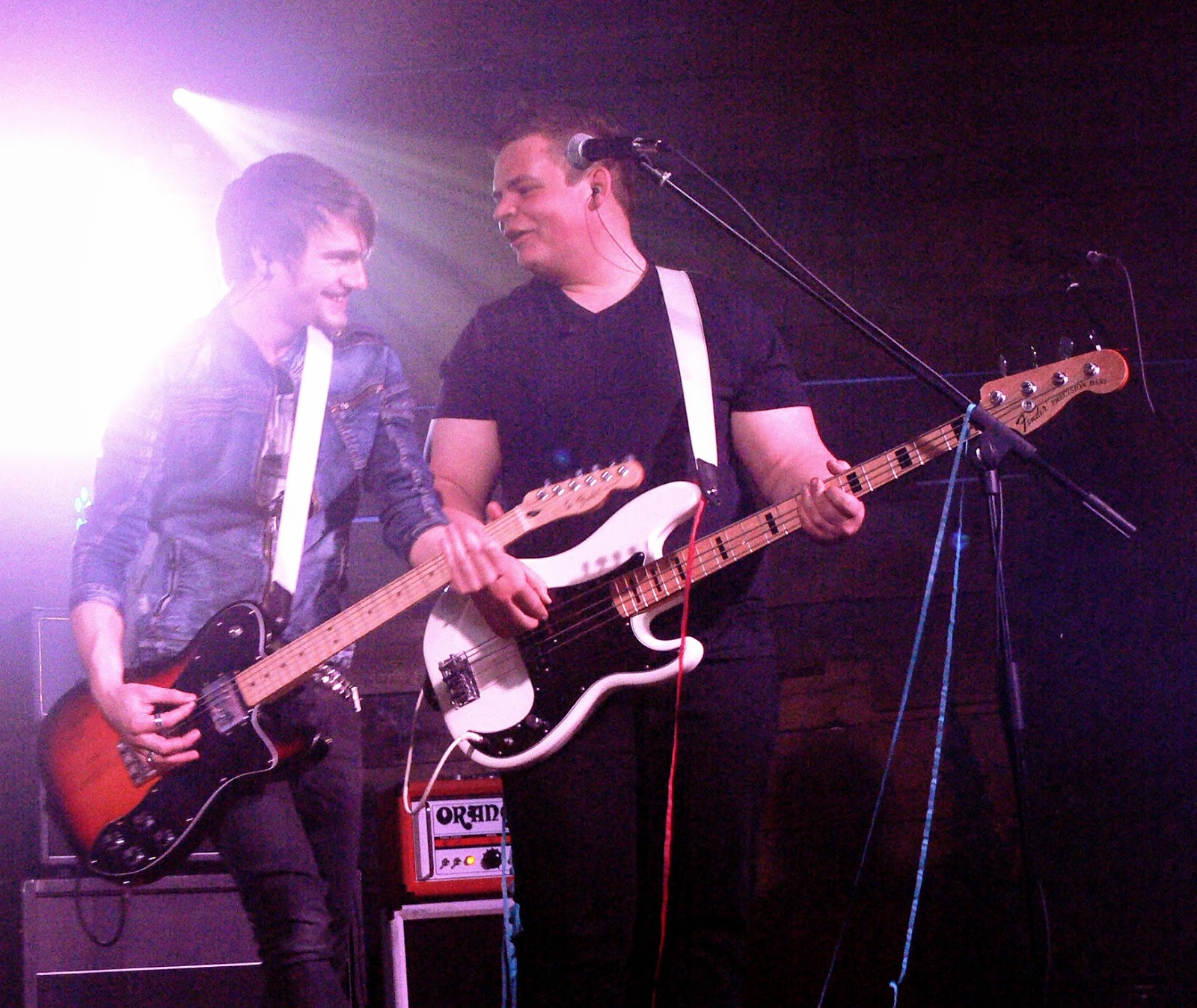 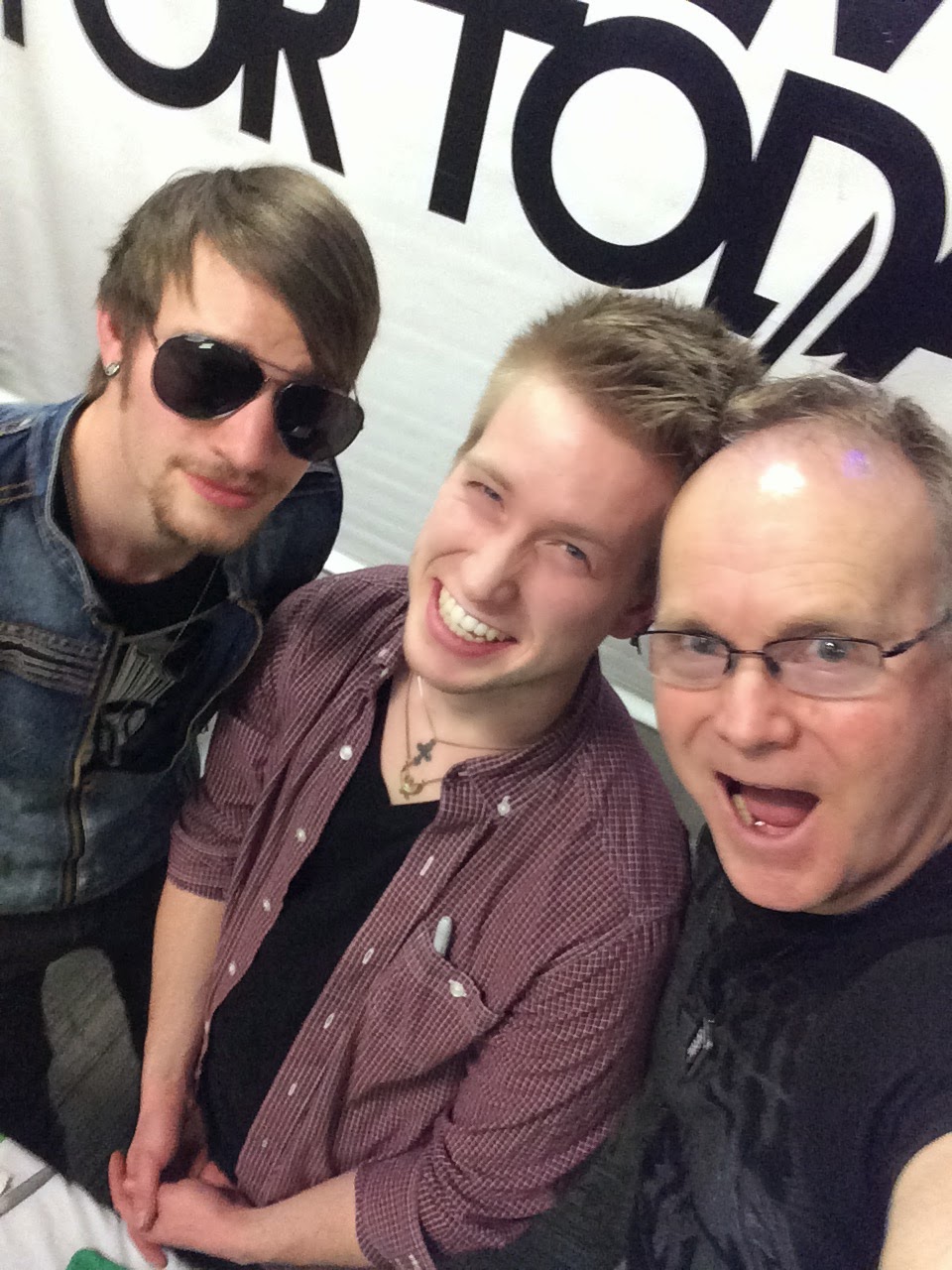 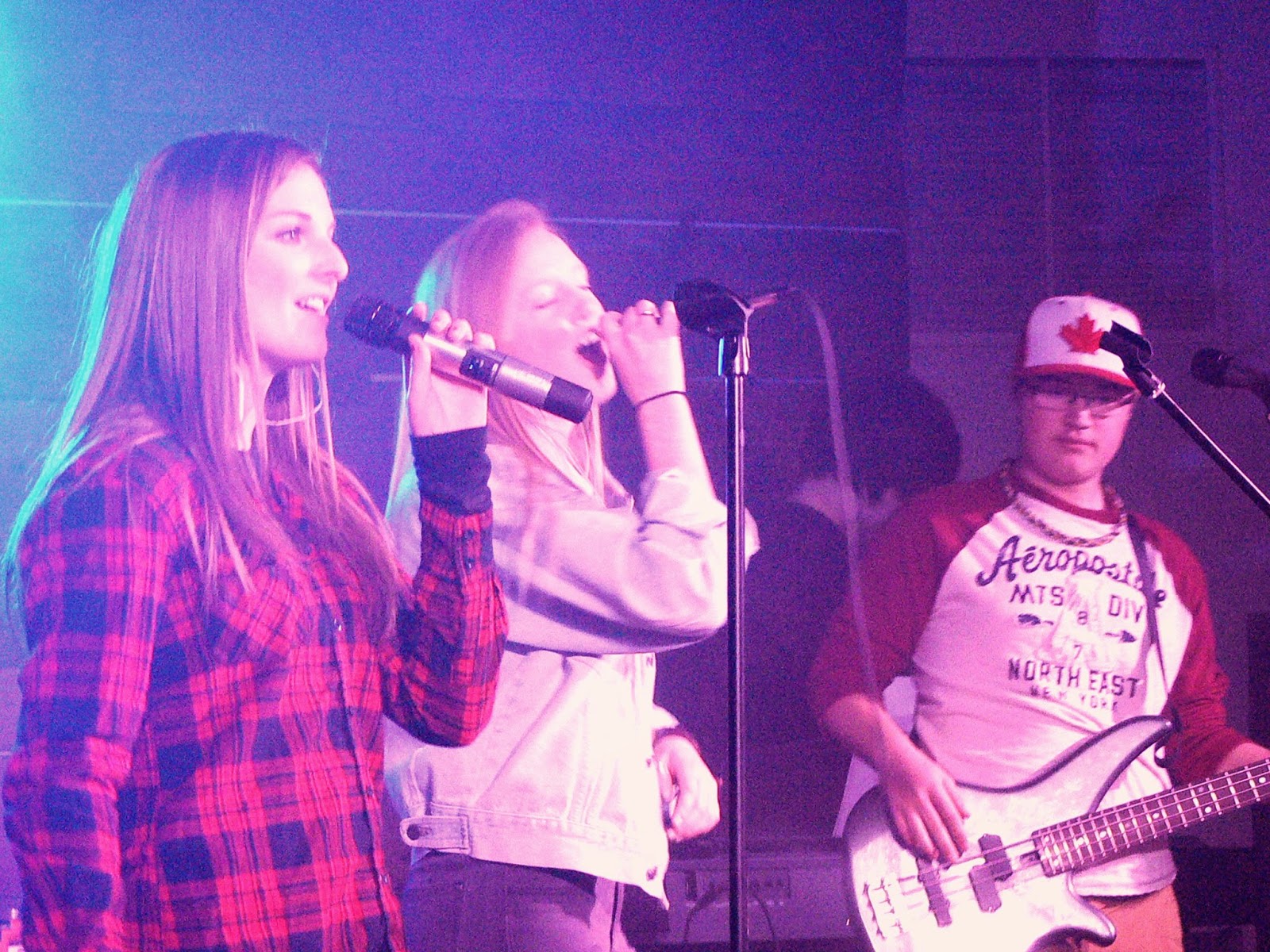 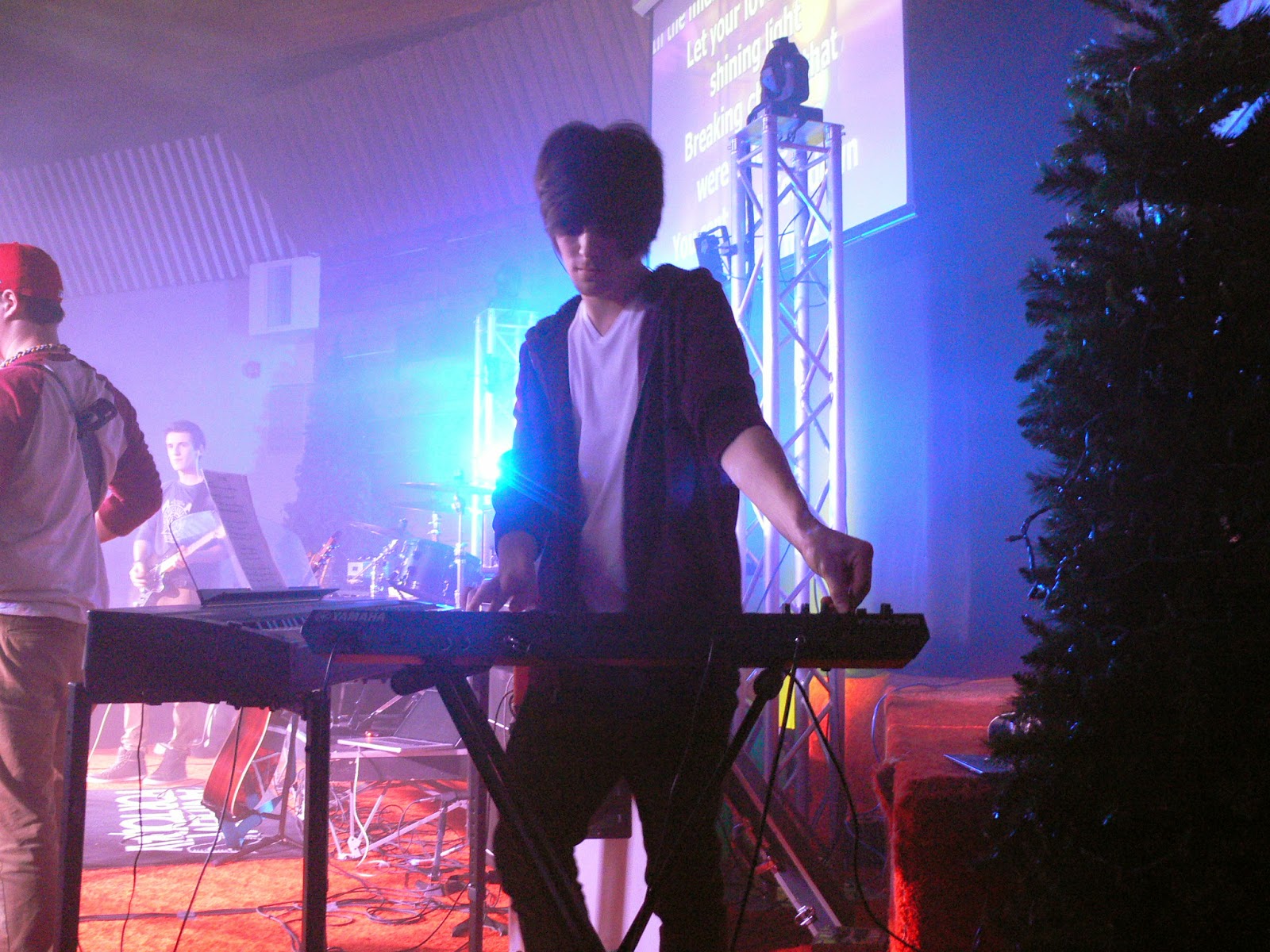 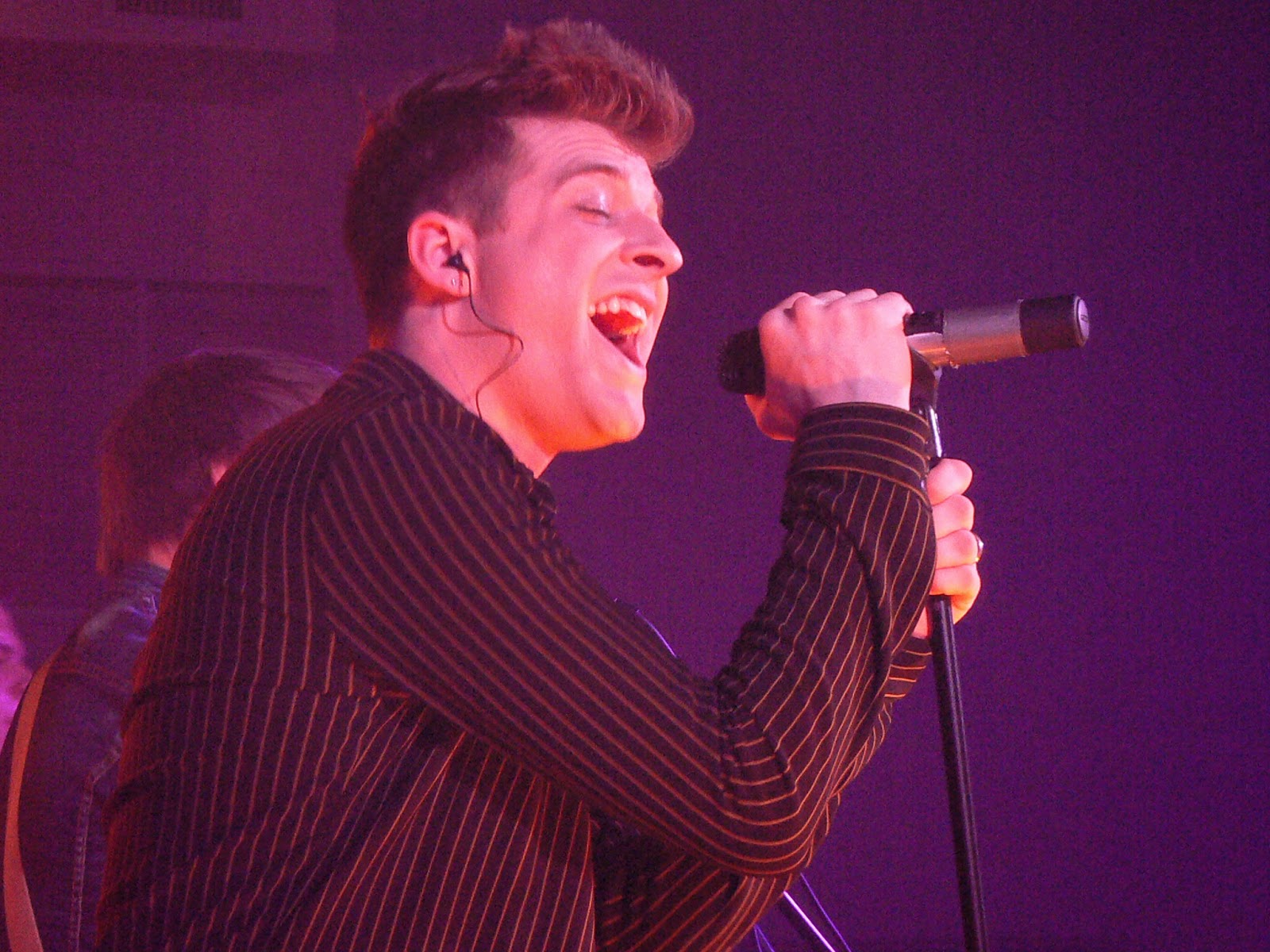 Posted by Scott Jackson at 10:00 AM No comments:

THE TALK ABOUT TERRORISTS

There's a lot of negativity on the Internet about terrorism.  Not only is it a downer, but I think these posts are making it worse. 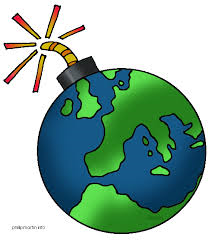 By talking about it, you are promoting terrorism, in their eyes. They probably love you for it.

So STOP talking about it!  That's how YOU can help end terrorism.

Here's an idea. What if terrorist attacks were not announced through the media?  What if United Nations chose to ban all public announcements about terrorism on radio and TV.  Yes, terrorism may continue to happen, but they wouldn't get the attention.

Maybe that's where it starts.  So, STOP TALKING ABOUT IT.
Posted by Scott Jackson at 3:17 PM 1 comment:

FIGURING OUT GOD'S WILL

When I feel close to God, it's usually based on my feelings. If I feel good about myself, then I think God is happy with me. 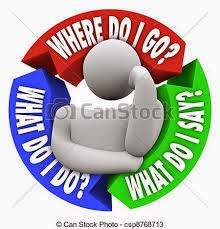 But now I realize that God won't love me any less if I do things that disappoint him. And, he won't love me any more, even if I become super-Christian and read my Bible all day and go to church every day. Those things are nice, but God's love isn't dependant on what I do.

I used to feel good about my Christian life by knowing God's will, and doing it. But, if I'm being honest, trying to figure out God's will has been - well - confusing.  What is God’s will? Is there a specific job he’s chosen for me?  I'm a radio guy but what if his plan was for me to be an astronaut and I ignored him? 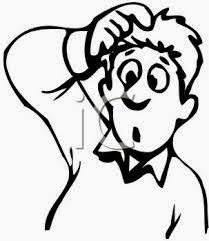 Or, what about my wife?  There are 3 billion women in the world - was I supposed to date all of them to figure out which one was "God's plan"?  Or the car - the Jeep or the Miata - which one did he want me to buy?

If God’s will is something I'm supposed to find, and figure out and not stray from, there is a 100% chance I'll get it wrong. And then what? I'm out of God's will if I bought the wrong car?

Some people pray about everything. I don't think that's how it works, unless you're giving thanks for everything.

Here's what I've figured out.  There is no specific car or woman or job. As long as I filter my choices as a Christian, knowing right from wrong, I don't think God cares. Maybe God thinks "If you love this girl, then marry her and I'll bless you. And, here are two excellent jobs that you'd be good at - you make the choice and I'll bless it".

I read in the Bible, 1 Thessalonians 5:16 to 19 -  Be joyful always, pray continually, give thanks in all circumstances, for this is God’s will for you in Christ Jesus.

God’s will is Jesus - Jesus in us and Jesus expressed through us. If I think I need anything more than that, then I'd be saying that Jesus isn't enough.

Just a little house party. No band this time. Well, actually, to be honest, there was a band in the house, but not performing. 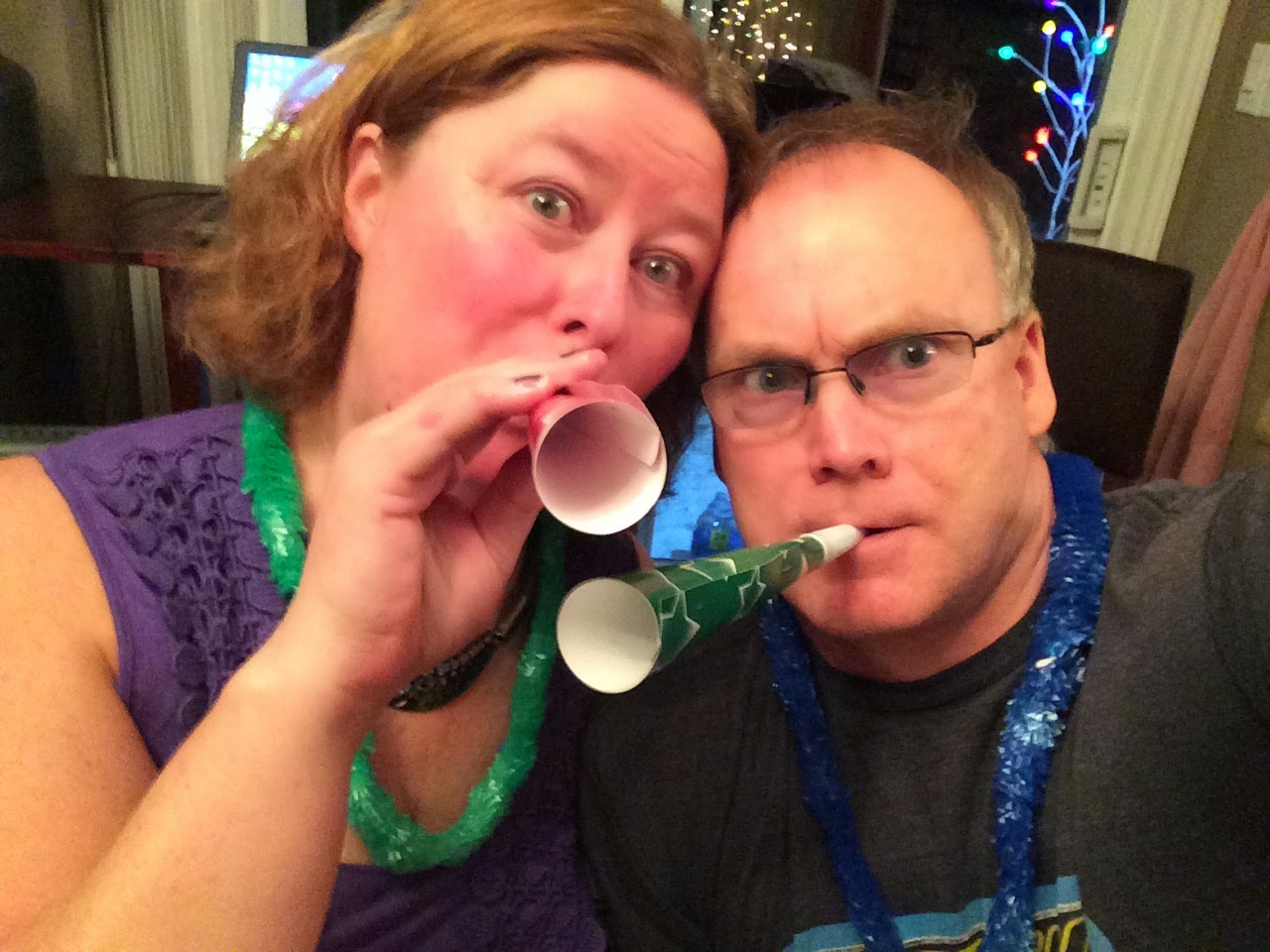 For years I used to watch the Dick Clark countdown. I haven't done that in a long time. Now, it's either listen to the Top 50 countdown on LIFE or my own amazing iPod playlist which included Blake Shelton, the Animals, V. Rose, AFT, Hillsong, Michael Jackson, Thin Lizzy, Dan Bremnes and Anberlin. Someone asked me, "what kind of format is that?"  I said, "I think it's called variety".

Cool music, snacks, a small meal, the "Egyptian Game", a story about the back forty, a swamp and the police - and lots of other chatter.

Ya know, I'm hearing about people going to bed before midnight. I don't think I've done that on NYE. Well, we partied tril 2:15am and nobody seemed to be in a hurry to end the night.

Roseann - thanks for the incredibly yummy marshmallow salad!  Mmmmm baby!  Guess what...! The leftovers are no longer leftover! 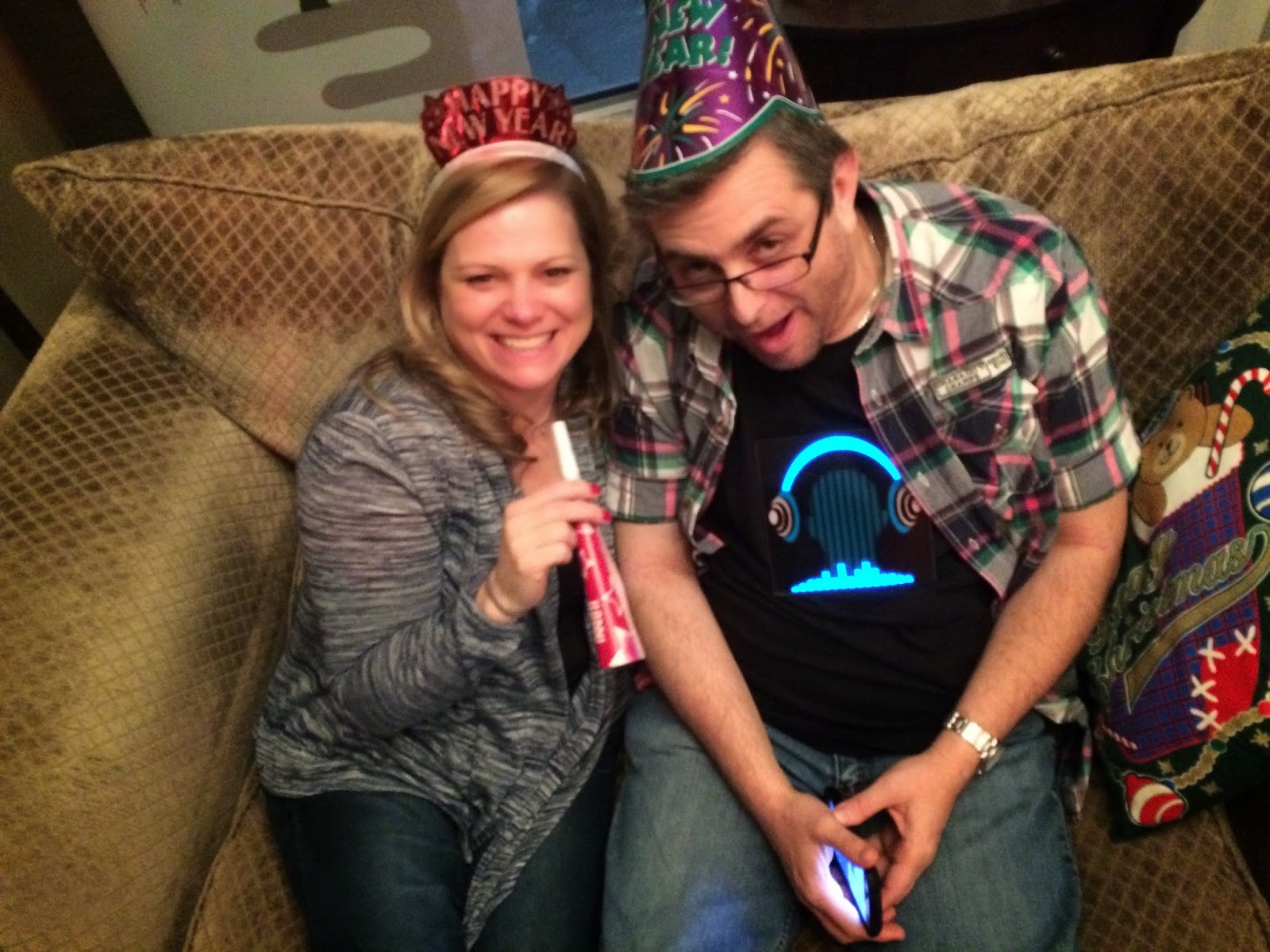 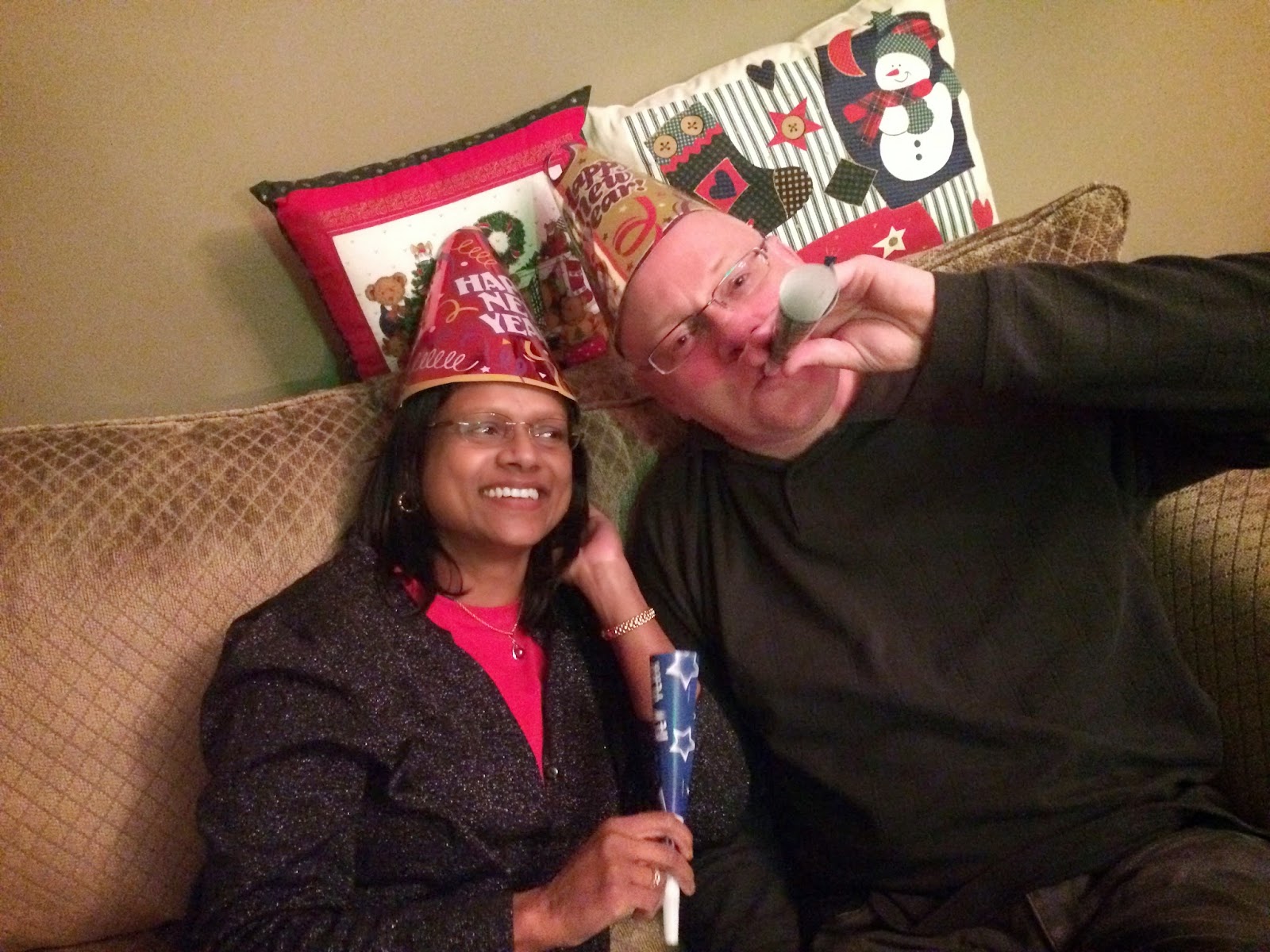 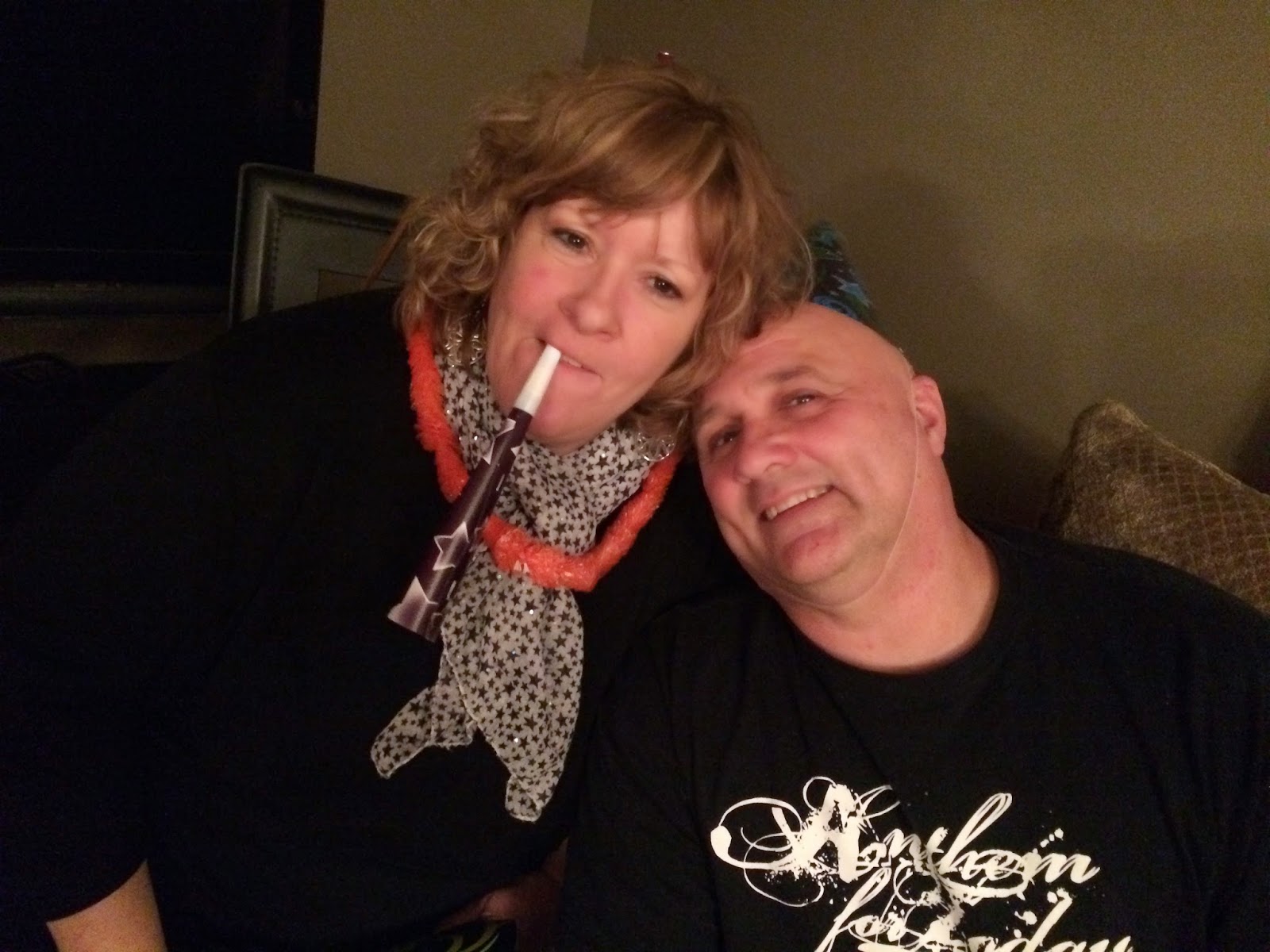 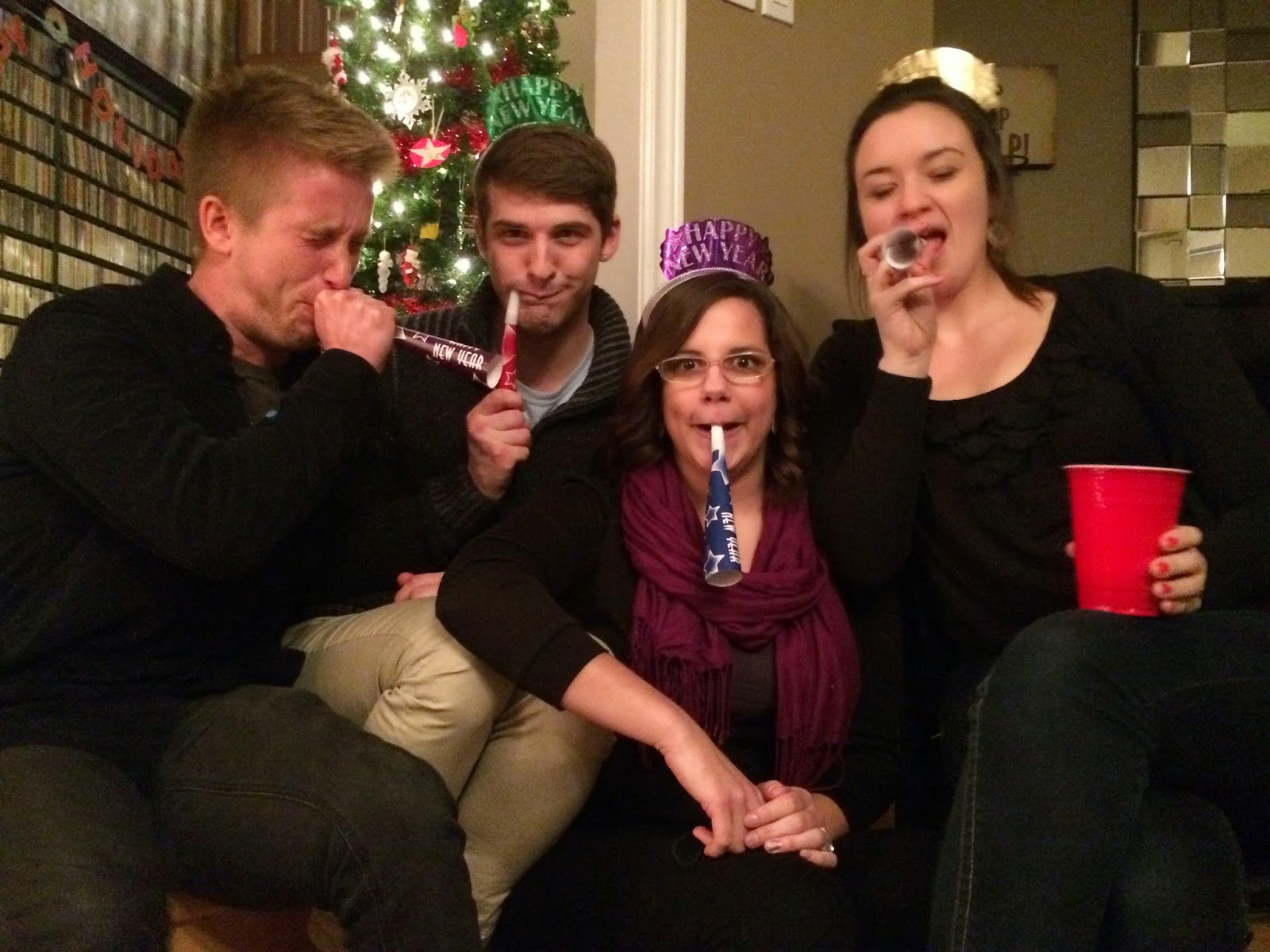