This July is Canada's 150th birthday. I thought, wouldn't it be cool to have a new version of our national anthem recorded, using the artists who make the music we all love!  And so began the project of recording "O Canada". 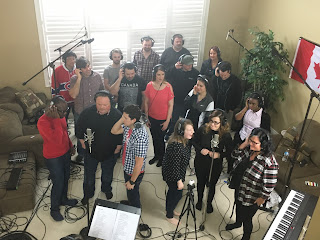 For years, I've dreamed of recording the national anthem, in a "we are the world" format, bringing in a dozen well-known artists, and each of them singing a lyric line, backed-up by an all-star chorus of singers.

With this year being the 150th anniversary of Canada, it seemed like the right time. 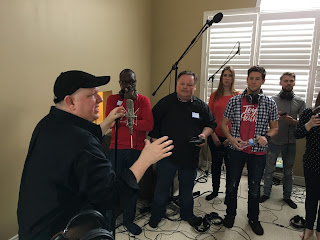 I contacted Andy Horrocks - the award winning producer. Andy is generally known as "the" producer for Christian music in Canada. I'm not sure how many Covenant Awards he has won as Producer of the Year. Or, how many songs he has produced, but "a bunch" would be modest.

Between Andy and myself, we had contact with nearly all of the most well-known artists in the Canadian Christian music industry.

From there, I handed it over to Andy.

Andy brought in a house band to lay down the music track and then he set-up one day for all of the singers to come to his Kitchener studio to record. 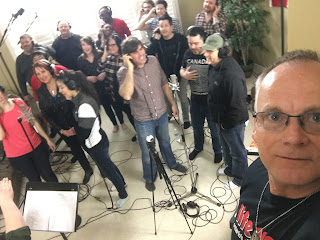 He has a large living room and there, on the floor, lay 25 headsets, positioned where each singer was to stand.

It was a fabulous day, hanging out, with all those talented singers in one room. And those who could not attend, recorded their part in a local studio and sent the track to us.

I was overwhelmed in emotion to see all these people, sing so effortlessly, in a patriot way, and honour Canada at this once-in-a-lifetime event. 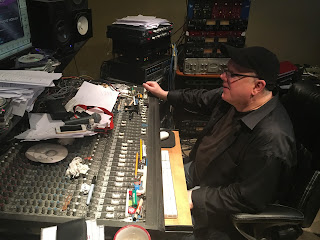 After the chorus was sung by the collective band, each lead singer went in the studio to sing their part, all directed by Andy.

We named the group Christian Artists For Canada 150. Thanks to David Wang for producing a video to capture a very memorable event in the making.

"O Canada" is released on iTunes, Spotify and included in a national radio special that airs on most Christian radio stations across Canada on Canada Day! 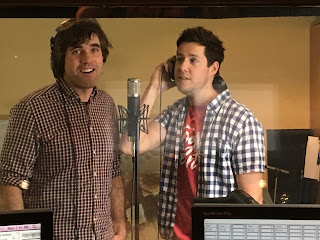 My thanks to all the singers who caught the vision and sacrificed time to be part of this INCREDIBLE piece of music history. 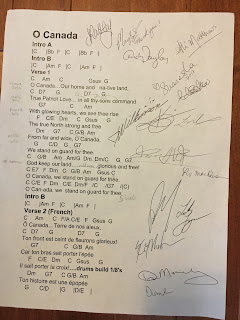 Posted by Scott Jackson at 11:40 AM No comments: 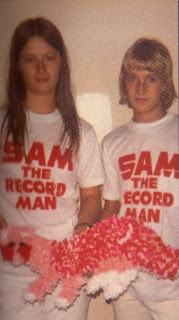 Nobody wants to read a long blog but finding just one thought to share out of 36 years of marriage is nearly impossible. But, as a radio guy, I'm used to doing "radio edits" so here is the radio version of what could have been a very long blog.

We've been married for 36 years, as of now - 2017. But our history goes back to Grade 7 where we met at Northmount Junior High School in Willowdale (Toronto). Our homes were less than a mile apart.

I'm not sure when we became girlfriend-boyfriend. It started with Janice making maps of Africa for me for geography class. Her maps were colourful and better than mine and she liked making them, so I turned in her maps for marks. (Ah, confession is so good!)

From Northmount we moved on to high school at Newtonbrook and then when I went to Humber College for radio broadcasting, Janice went to York for a biology-geology combo degree.

Tonight, after dinner at the Keg, we'll pull out our photo albums, of which we have many, and reflect. 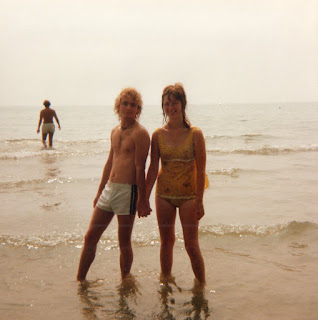 "How have you stayed together?" people ask, often. If I could site one specific thing it is the concept of surrender.

Janice likes going out crafting with the girls. I like going to concerts. Sometimes our activities will interfere with dinner time, or the use of a car. Where many spouses will say, "You went out last night, tonight I'm going out!  Or - "I need the car, you'll have to stay home!" we have learned to surrender to each other, without any spite.

Each week we go over our personal calendars and see who's going out, travelling, or what night we have guests. (We have dinner guests every week.) It is easy for us to say, "You take the car, I'll stay home."

We live 20 minutes from Barrie and in the winter we have one car. It requires planning and surrender to figure out who takes the car, who is picking up the other, who is running the errands. 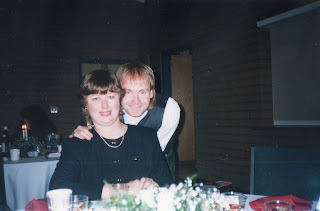 If there is one thing we have figured out, it is surrendering to each other. It's us. It's not her and me. It's us.

It saddens me to see my friends nag each other and talk badly about their spouses - the person they picked to do life with. 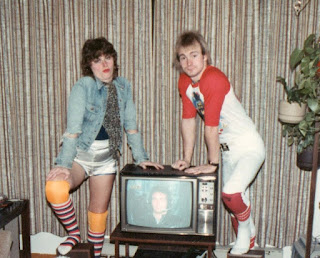 Janice and I have grown up together - from kids to adults. We've travelled near and far, relocated to different cities, had kids, lost money, found Jesus, seen many concerts, got depression, got arthritis, buried our dogs, lost our parents, and lost friends. Ya, we've lost many friends. But since grade 7 we've still got each other.

Our marriage journey is a bit like the Sonny and Cher's song "I got you babe."

So, if there's one thing I've learned about marriage, it's surrender. 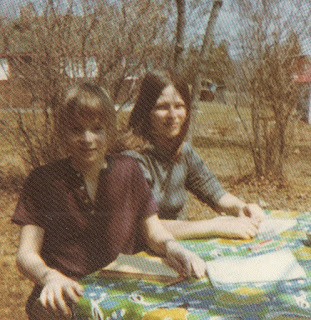 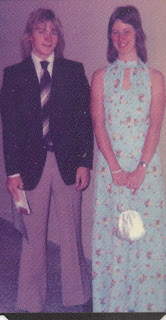 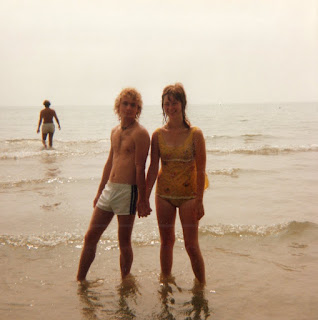 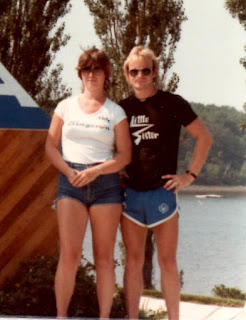 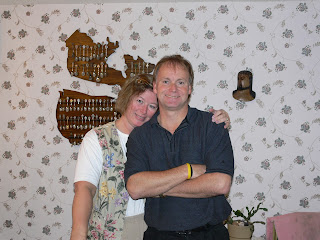 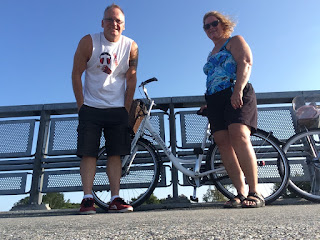 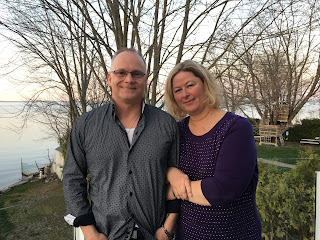 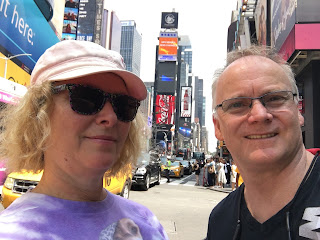 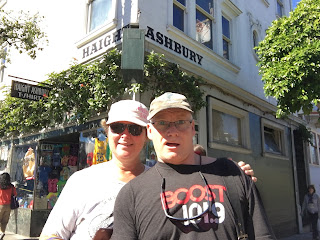 Posted by Scott Jackson at 9:11 AM No comments: