MY LAST SHOW WITH AFT

Last night was my final show with Anthem For Today. I guess it's time for a change for me. The band is going through some changes and I want to leave while we're still friends and feeling good about our accomplishments together.

It was a bittersweet show at the Salvation Army Citadel in Kingston. Davey Hooper was attending a funeral back in Oshawa and unable to play so GI Holm had to play two guitar parts. (Not a problem for him.) He was in great "poser" form!

Pip was playful with the audience - probably the best I've seen him.

Robbert had problem solving to do before the show with the lights. Often there are issues and Robbert is amazing at figuring out solutions.

Chad Izatt was the fill-in drummer for this show. He's a new friend from Brockville. There's been a lot of drummers in AFT and Chad pulled it off great! I forgot to ask if he had fun!

The promoter Fred Grendel was fabulous as was his crew. Very helpful and treated the boys like rock stars! Thanks Fred, Les and Jeffrey.

Well, it's over for me. I'll probably check out future shows and can't wait for the release of the second album later this Spring.

By the way, the fun I've had over three and a half years is documented in my new book "Herding Kittens" which comes out mid-April. $20 is you want an advance order. 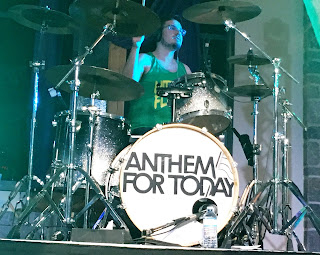 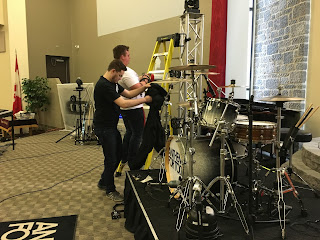 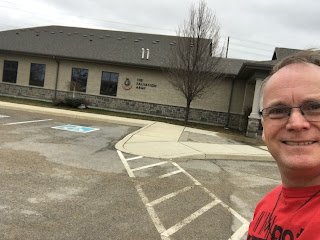 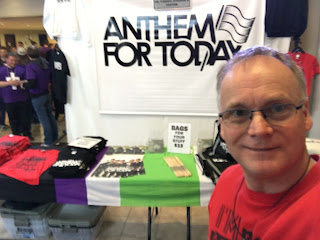 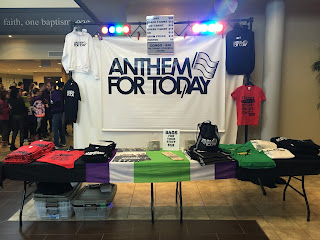 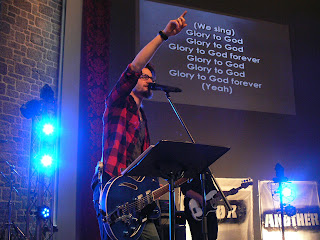 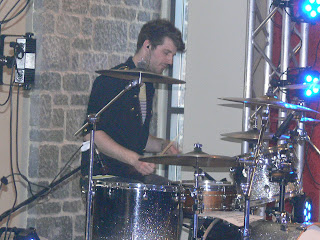 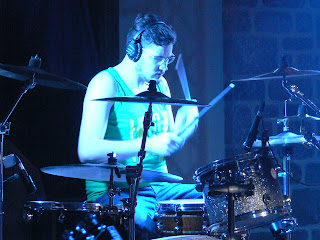 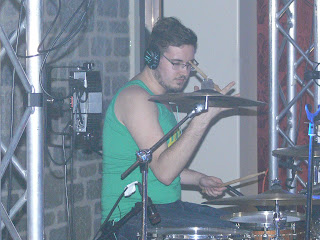 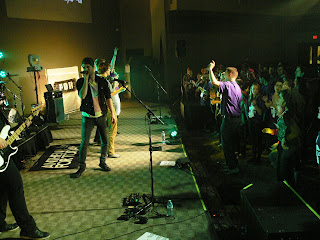 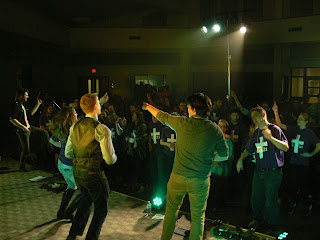 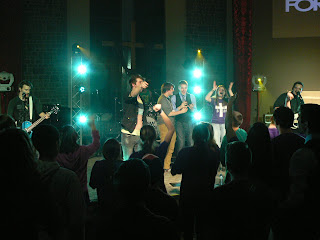 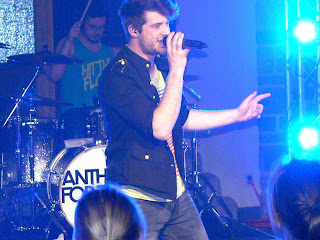 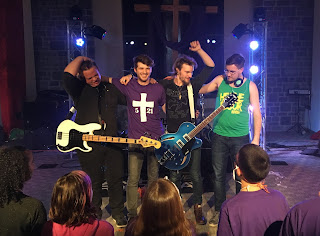 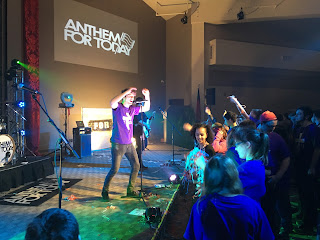 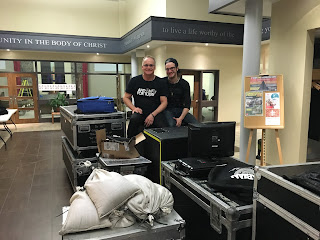 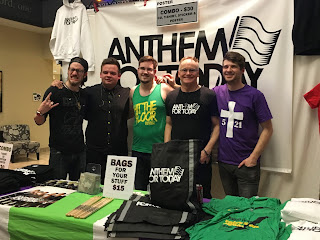 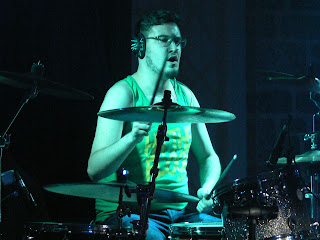 Posted by Scott Jackson at 6:29 AM No comments:

Our 17th Sharathon wrapped up yesterday. LIFE is listener supported and a registered charity. I don't own it. I just founded it in 1999 and I guess perceive me as the owner, but I am not. No shares. No pension. Just the honour of working in ministry and radio, which I love.

The 2-day radio fundraiser supports LIFE 100.3 and represents nearly half of our annual budget.

We began planning in November for the March event and, after all these years, the LIFE team is such a well-oiled machine that things always fall into place. Not that it's easy - there's so much detail and the inside organization of Sharathon has grown each year and it amazes me how my staff tends to the detail and problem-solves the surprises so efficiently.

Coordinators for volunteers, donations, food, promotion and programming. Let's not forget all those Sharathon videos. Quite the operation.

We had visiting artists perform live and a few pastor come by to offer encouragement.

Steve Jones is LIFE's Operations Manual and without him Sharathon would not be as fabulous as it is. He wants no praise; he takes care of things I am unaware of until I see the evidence of his work.

Yesterday, on Day Two, we had the severe freezing rain. Volunteers cancelled their shifts on Phone Central but we had two visitors from VOAR radio in Newfoundland - Sherry Griffin and Tina Taylor who jumped in to take pledges.

Our monthly goal was so far from being reached I was convinced that it was not going to happen. But it did!  Seriously, I said, "it's impossible!" Thank you listeners and praise God I have once again learned, "never say it's impossible".

As Sharathon was wrapping up and the excitement to announce the final results was near, Steve told me the power went out and we were on back-up power. No problem. Then he told me the back-up power only holds for 45-minutes and then normally the generator kicks in, and because it is powered by natural gas, it's good for a long time. But the generator malfunctioned.

Tim VanDyk, my producer and tech troubleshooter, went up on the roof, in the ice storm and blowing wind to manually start it. It did not. So a generator repair guy was called in.

We ended Sharathon quickly, before the power went out. We reached the monthly goal and missed the One-Time by just a few dollars. Amazing! 15 minutes after we announced the totals, the reserve power went out as my staff was tearing down the decorations and putting offices back together with only the emergency lights and cell phone lights to guide them. It was actually fun!

Soon after we went off the air.

With the affects of the storm, our Sharathon, still was a party inside and an successful overall.

I have an amazing staff. Thanks everyone. I am so proud of you guys. You've learned so much about radio that I can stay out of the way and watch you guys make it happen! 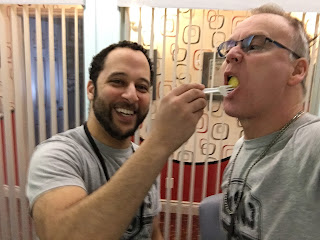 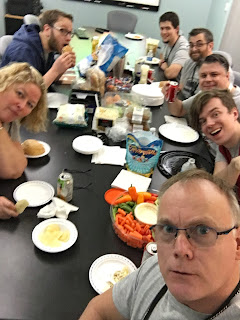 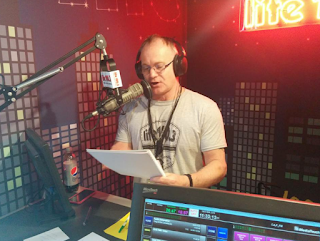 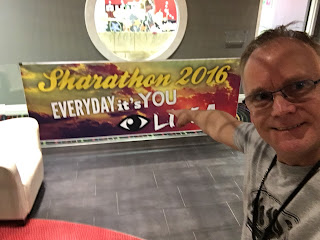 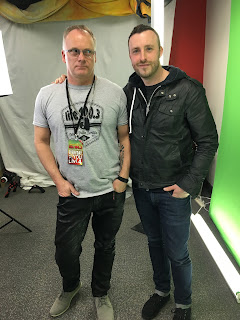 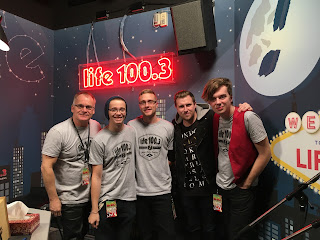 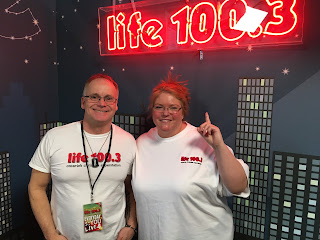 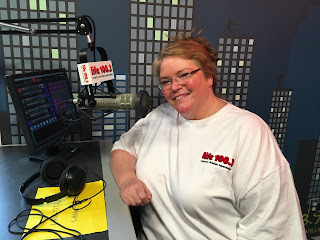 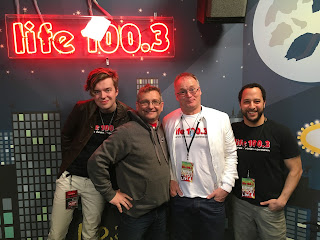 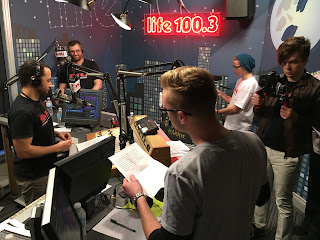 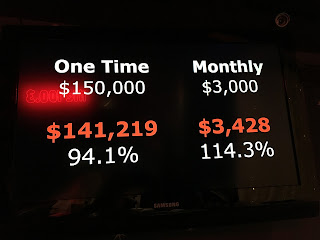 Posted by Scott Jackson at 7:03 AM No comments:

HOW DOES THIS HAPPEN?

Sometime, when I'm not looking, the frozen ice moves in from out in the middle of the lake, and it's stacked up.

I don't see it happen - and there's no noise.

THE STUDIO IS "ALL NEW"

The main studio where we broadcast has been renovated and given a fresh new look! We removed the ceiling and opened it up to the roof. Up high, unseen in this photo, are the additional lights that are turned on when we're shooting videos.

Posted by Scott Jackson at 7:02 AM No comments: