STUFF I LOVE ABOUT SUMMER 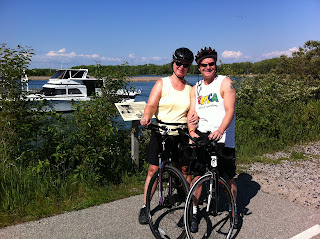 Biking along the Trent Canal in Peterborough.
Observing the traffic jams on the 400 and taking the back road home.
Lemonade.
BBQ'd burgers and chicken-kabobs.
T-shirts.
No shirts.
A breeze through a screen door
Paddling on AJ's board.
A sea of red and white on July 1.
Biking along the Rideau Canal
Fireworks over Parliament Hill
Chasing away the ducks.
Hot patio stones.
Seedless grapes.
Red, orange and yellow sunrises.
Posted by Scott Jackson at 4:23 PM 1 comment:

WHAT'S IN YOUR IPOD?

I have several playlists in my iPod. Soft stuff for sleep, instrumental stuff for devotions, a country playlist, a workout playlist and a "reasonable new" playlist.

Here's some of the new stuff:

Yup.
Posted by Scott Jackson at 7:27 AM No comments:

AN OPEN LETTER TO MICK AND KEITH

Hey boys, for many years I’ve loved your music, with my discovery back in 1978 when I was working at CKLC and the “Some Girls” album was out. I recall playing "Beast of Burden" in a current rotation. There were two DJs in particular who turned me on to your music history, and then I was hooked. 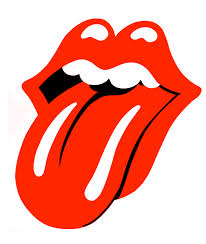 In 1981 when “Start Me Up” came out, I knew I had found my personal Rolling Stones. Not the old 60's stuff that the old people liked, but a fresh, new song!  In my mind’s eye I can even now remember hearing it for the first time on the radio. I danced in my room! “Once you start me up I’ll never stop...”

I remember they said your 1981 tour would be “the last time” you’d tour because you were getting old. Well, that’s how the press hyped it. Of course every tour that followed was “the last time.”

More than your music though I love your marketing. Knowing that you (Mick) went to the London School of Economic, I know you are actually a business man only disguised as a rock star, which makes the whole Rolling Stones Empire more intriguing to me. You plan every tour and every new record with advance gimmics just to hook me.  I mean, man, you never just release a record. You bait me until I think I’m going to pop with excitement! I remember reading about how you put the band on a flatbed trailer and rolled down Broadway in New York City on a busy lunch hour, performing “Brown Sugar” over and over!  I recall when a helicopter followed your car as you drive to your media party to announce the “Bridges To Babylon Tour”.

I’m from Toronto, so it’s very cool that you made Toronto your pre-tour home for many years, booking the Pearson airport hanger or at the private school on Mount Pleasant and rehearsing for weeks until the stage show was slick and ready for a tour.

Then, the week before your tour started you and the Stones would perform at small club show in Toronto with maybe only 200 people in the audience, not billed as the Rolling Stones but some other forgetful name, but you made sure the secret was out early enough to create pandemonium. When I heard you were playing “the surprise show” at the Phoenix, I almost camped out for tickets!

In the 90's you released the concert movie “The Stones At The Max”. I drove to Ottawa 20 times to see that movie, loving the IMAX camera angles that made me feel like I was on stage in the band.

Then, in 2008, when your concert movie “Shine A Light” came out, me and my friend drove to Colossus Theatre in Vaughan so I could see you in humongous thundering Imax brilliance! My friend Dan missed most of the movie - he watched me because I was standing and dancing for most of the concert. Oh - I mean movie.

Well, although I’ve seen you in concert many times, I’ve never met you. Meeting you remains the only thing left on my bucket list.

Now it’s 2013. I’ve watched your You Tube videos of your (supposed) surprise shows at a Paris night club. I knew that meant the start of another tour. And I know you love Toronto so I can count on at least one concert date!

That is until I heard a single ticket for your show was priced at $6,995 for a floor seat. Gulp. Are you guys out of your minds?  What are you thinking?!

Guys, I’ve supported you, loved you, followed you, scrapbooked you, wore your t-shirts and bought all your albums including the 3D cover and the bootlegs!  Me, and the rest of your millions of fans have made you rich rock stars. $6,995 - hello?!

Wait....hold the phone!  Oh man, now I get it!  Ohhhh!  You guys are so smart!  Maybe this is another ingenious marketing plan! Yeah, that’s it! You’re going to take all those billions of dollars - the $19.5 billion I talked about - (and don’t forget the merch sales) - and you’re going to donate it to help world hunger. Man - you guys are going to be the heroes of all rock and roll eternity!  Ha! Even Bono will be jealous!

Wouldn’t you rather be remembered as the greatest rock and roll band in the world who gave it away, rather than squeeze your everyday working fans for all you could get?

Hmmm. But now that I think about it, I’ve not heard of you doing something incredibly generous like that before.  Coz, if anyone would know, it would be me, of course!

So, perhaps the Facebook comments are true? Mick, maybe you really are a greedy, adulteress jerk. And you’re going to be remembered as jumpin’ jack ass.

WHAT I SEE WHEN I WAKE UP

I'm not used to making videos at 5 o'clock in the morning. I'm actually surprised I was able to find my glasses and figure it out.

But, this is what I see from my bed when the sun comes up. And then I crawled back into bed.

Posted by Scott Jackson at 5:23 PM No comments: