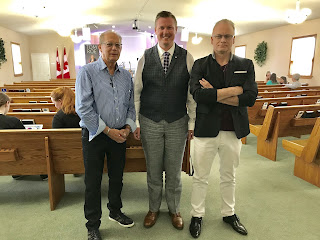 Tom Roe was booked to lead worship at Southport Church in Southampton on the weekend.  On behalf of LIFE 100.3, I gave the morning message.

Knowing about the bike paths along Lake Huron, we took our bikes along for an afternoon ride.

Worship was solid. Tom led the congregation through a set of familiar songs and a couple of new original praise songs he wrote, including "I Will Give You Praise", which is catchy enough to singalong with after one listen.

Pastor David Baker was super hospitable - hoping for a return show this summer.

After our roadie Andrew Haverson packed us up, we got a late check-out from our hotel.

After a quick bite at Mary Browns, we took our bikes to the paved path on the south end of the route in Port Elgin. The path is only about 5k, so we continued down the streets until we landed in Southampton. 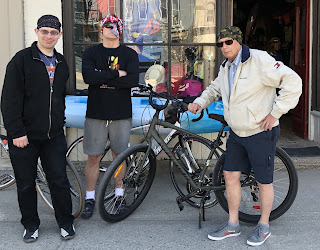 We stopped for ice cream, and to pick up bandanas to block the cold wind.

And we saw some interesting sights along the way! 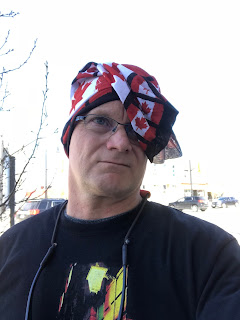 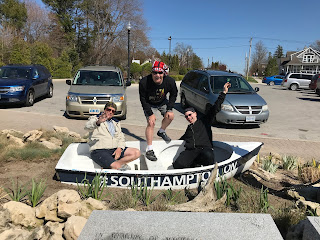 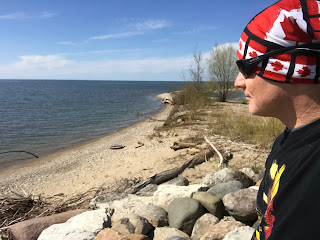 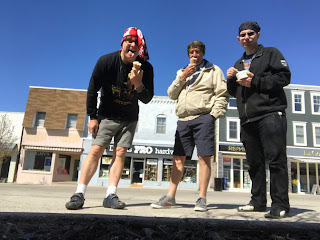 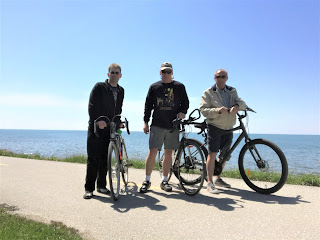 Posted by Scott Jackson at 12:37 PM No comments: