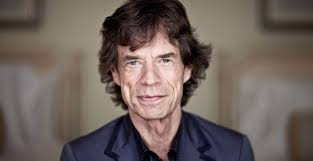 Aside from the music, I like his business drive.

The tour ended with a free concert in Cuba, bringing an end to the ban of rock music. Then he made a movie out of show, called “Havana Moon”.

Then, he made a second movie - a documentary, that showed life in Latin America with the unnoticed Rolling Stones meeting people, jamming in the street, eat with locals and caring for them. The movie is “Ole Ole Ole”. 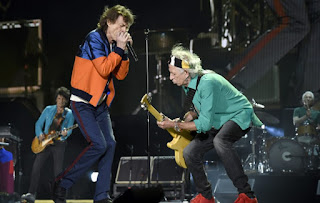 Then, he created a Rolling Stones museum, called “Exhibitionism” that is actually on tour. The exhibit has stage clothes, stage gear, a mini recording studio, guitars and other memorabilia.

At a typical Rolling Stones show, he performs on a stage 300 feet across, and still runs from side to side. The show is 2.5 hours in which Mick takes a ten minute break.

Mick isn't a saint. He's made mistakes and I know he isn't the best role model. What I love is his energy, both on stage and off. In his senior years, he could never be called a slacker. I find him motivating. 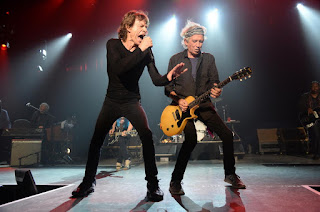 Of all the bands in rock and roll, and considering all the baggage and wear and tear on this band, who would have thought, they'd outlast everyone else, and still sell out shows!

The last item on my bucket list is to say “hi Mick” face to face. (I’ll also accept a phone call.)  But, it'll never happen.

I thought as he got older, and less busy and less in demand, it would be easier for me to access him, but it seems that the Rolling Stones are just as popular now, as they were 50 years ago. I can't get near him.

Happy birthday, Mick!
Posted by Scott Jackson at 10:59 AM No comments: